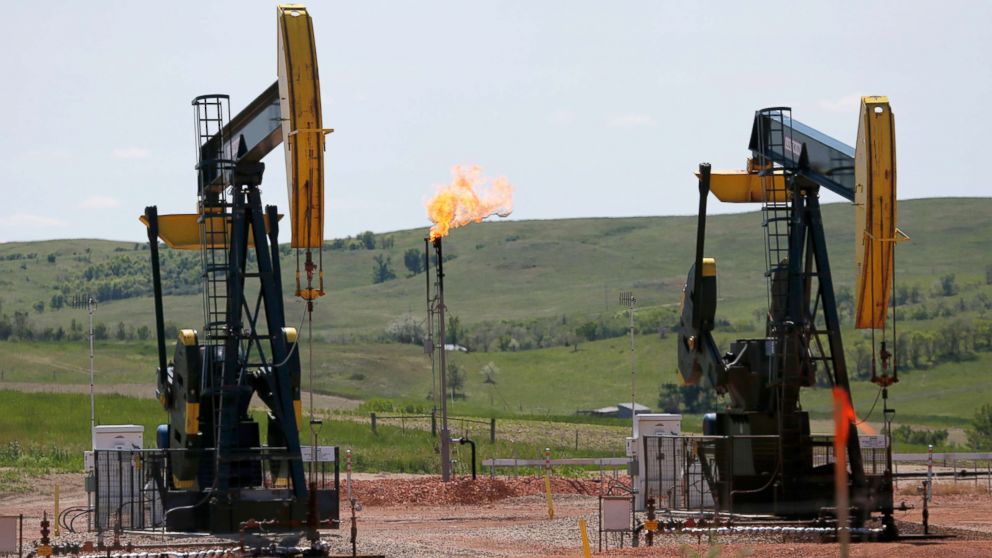 ABCNews
By STEPHANIE EBBS
The Environmental Protection Agency has announced another proposed change to Obama-era rules intended to combat climate change, this time to how the oil and natural gas industry is required to monitor and prevent leaks of methane gas during drilling.

Industry groups say the Obama-era rule was too cumbersome and that the change will promote oil and natural gas production in the U.S., but environmental groups say the move shows the Trump administration is taking another step back from preventing the effects of climate change.

The move, announced this week, comes after EPA has proposed rolling back other rules put in place by the Obama administration to reduce greenhouse gas emissions and stem global warming, including a proposed replacement for the Clean Power Plan and reduced requirements for fuel efficiency standards.

Matt Watson, associate vice president for the Environmental Defense Fund's climate and energy program, said the Trump administration is "trying to burn down the house" by rolling back rules intended to combat climate change.

"Weakening these rules is taking us in exactly the wrong direction. You have a 13 million metric ton methane problem from the natural gas industry we should be figuring out how to reduce these emissions more aggressively not going in the other direction," Matt Watson, associate vice president for the Environmental Defense Fund's climate and energy program said.

The proposal announced Tuesday would change how frequently natural gas companies have to test for leaks, when a professional engineer has to certify when requirements have been met, and when producers can request an exemption to try new methods of detecting methane leaks. EPA is still considering greenhouse gas regulations for the oil and gas sector more broadly.

The previous rule required that wells and compressor stations be tested for leaks twice a year. The proposed change would reduce that to either once a year or once every other year, depending on the type of well. The change would also eliminate the requirement to test for leaks in some cases when production equipment has been removed.

Testing once a year could result in an additional 480,000 of methane emissions, the equivalent of 11 million metric tons of carbon dioxide.

A report published earlier this summer found that EPA could be drastically underestimating the amount of methane released into the atmosphere from leaks in natural gas pipelines and wells, in part because it doesn't include extra emissions from equipment malfunctions. The researchers from the Environmental Defense Fund and various universities found that emissions were up to 60 percent higher than the EPA's estimate.

Watson said the research showed that even though some companies take reducing leaks seriously you can't rely on industry leaders to solve these kinds of problems.

"You've gotta be out there looking for leaks. You've gotta be vigilant about that and this rule takes us in absolutely the wrong direction," he said.

But a trade association for oil and gas companies said EPA's proposed change fixes technical issues with the rule that will make it easier for them to reduce emissions.

"Several features of the original rule were just about more red tape and recordkeeping and it was done in such a way to be particularly onerous and it felt to us that it was more about tying up industry in red tape than an environmental benefit," Western Energy Alliance President Kathleen Sgamma told ABC News.

She said the change will allow producers to get an exemption to try new technology for identifying leaks instead of locking them into an outdated process. Sgamma said the industry has reduced methane emissions 14 percent over the last decade and that natural gas is part of the reason the country has moved away from coal, which releases even more greenhouse gases.

"It's a balance, we can deliver that much bigger climate change benefit in the electricity sector if we're not tied up in red tape at the production site," she said.

Other research has questioned whether the amount of methane released by the oil and natural gas industry is enough to impact the global climate. A 2017 study from the National Oceanic and Atmospheric Administration found that methane emissions in the U.S. had not significantly increased from 2000 to 2013 and that it was not likely to have driven overall increases of methane in the atmosphere.
Report a correction or typo
Related topics:
abc newsnational
Copyright © 2020 ABC News Internet Ventures.
More Videos
From CNN Newsource affiliates
TOP STORIES
Officials ID skier killed in Alpine Meadows avalanche