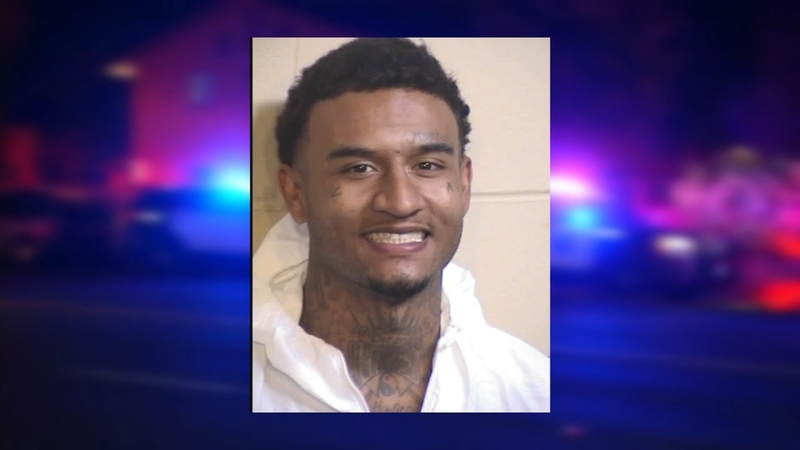 FRESNO, Calif. (KFSN) -- A Fresno double murder suspect seems to have slipped through the cracks in the system.

Now, family members and friends are mourning Charlotte Ethridge and Michelle Johnson -- a 21-year-old mother of two and the foster mother who took her in as a teen.

Deandre Foster is being held in jail without bail after the two murders capped a couple of months of escalating violence for a man only recently out of prison.

Michelle Johnson left a big mark on the world in her 50 years.

"Everything about her was just big," said her daughter, Amberlyn Walker. "She had a big heart, big laugh, a big voice you could recognize anywhere."

Her daughter says Johnson was funny, strong and always gave as much as she could to the people around her, which played out in her final act Friday night.

When it sounded like her neighbor and former foster daughter needed help, she stepped in.

Police say Foster shot and killed both Johnson and Ethridge.

Johnson's daughter was due to give birth the day before, but the baby whose name will be inspired by her grandmother's middle name won't ever meet her grandmother.

What she will get, though, is some grand tales.

Johnson's baby shower gift to her daughter is a guide to soothing a child, reflecting her love of poetry.

"Whenever I was sick or scared, she would just come up with these amazing great stories to keep my mind off things or help me feel better," Walker said.

Johnson left one of her last poetic messages on Facebook after her dog of 15 years died.

She told a friend, "I don't think the pain ever goes away. With great love comes great grief -- evidence of love we have for those closest to our hearts."

The 24-year-old man accused of causing her daughter's great grief has a history of gun crimes.

Foster got out of prison in July after his latest conviction for being a felon in possession of a firearm.

In late February, a girlfriend filed for a restraining order, saying Foster choked her at a motel.

She also said Fresno police had to escort him from her home after he threatened her and her family.

A couple weeks later, his sister reported he punched her and threatened a cousin.

Clovis police arrested him six days before the double murder, but he bailed out the same day, despite the alleged crime and probation violation.

Fresno police say it's a struggle to stop domestic violence.

"We're doing everything we can to keep guns out of the hands of the wrong people and criminals, but domestic violence is another ballgame," said Capt. Mindy Casto.

Prosecutors are expected to file charges against Foster Tuesday and because he's accused of killing two people, he could face the death penalty.

Police say three children were in the apartment when the gunfire broke out, but they're also looking for some adult witnesses.

They're hoping people will add their voices to the evidence even anonymously by calling Crimestoppers at 498-7367.
Report a correction or typo
Related topics:
fresnodomestic violencedouble murder
Copyright © 2021 KFSN-TV. All Rights Reserved.
More Videos
From CNN Newsource affiliates
TOP STORIES