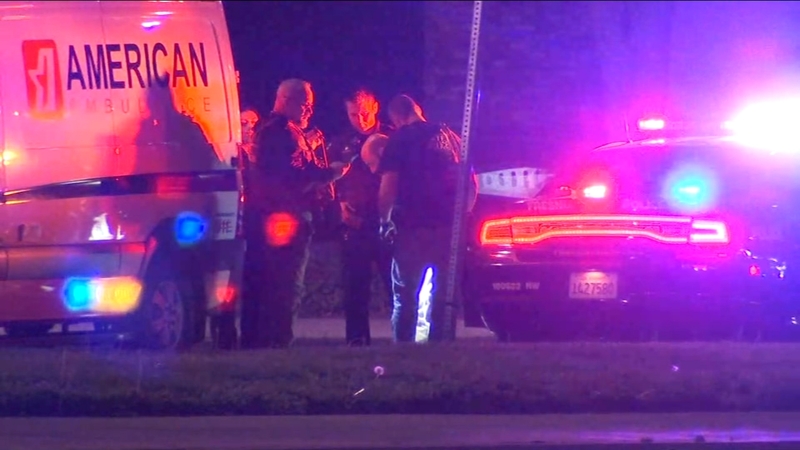 FRESNO, Calif. (KFSN) -- Authorities have arrested a man who was carrying what he said was an explosive device in northwest Fresno.

The device has been deactivated, authorities said.

Officers say US Marshals served a search warrant at the home of the man, 43-year-old Chad Mazgedian, earlier on Wednesday and discovered explosive materials.

When they found Mazgedian later in the day, there was a short pursuit that ended near Shaw and Marty.

While fleeing, he entered a Panera Bread store. Officers followed him inside the store.

They say while they were arresting Mazgedian, a device fell from his jacket, which he claimed was an active explosive device. He claimed there was a second one inside his car in the nearby Black Bear Diner parking lot.

Officers say the bomb squad has taken apart the device found on him, but that his claim about the second device was unfounded.

All nearby stores and restaurants were evacuated and Shaw Avenue was shut down in both directions between Brawley and Marks. It was reopened later on Wednesday night.