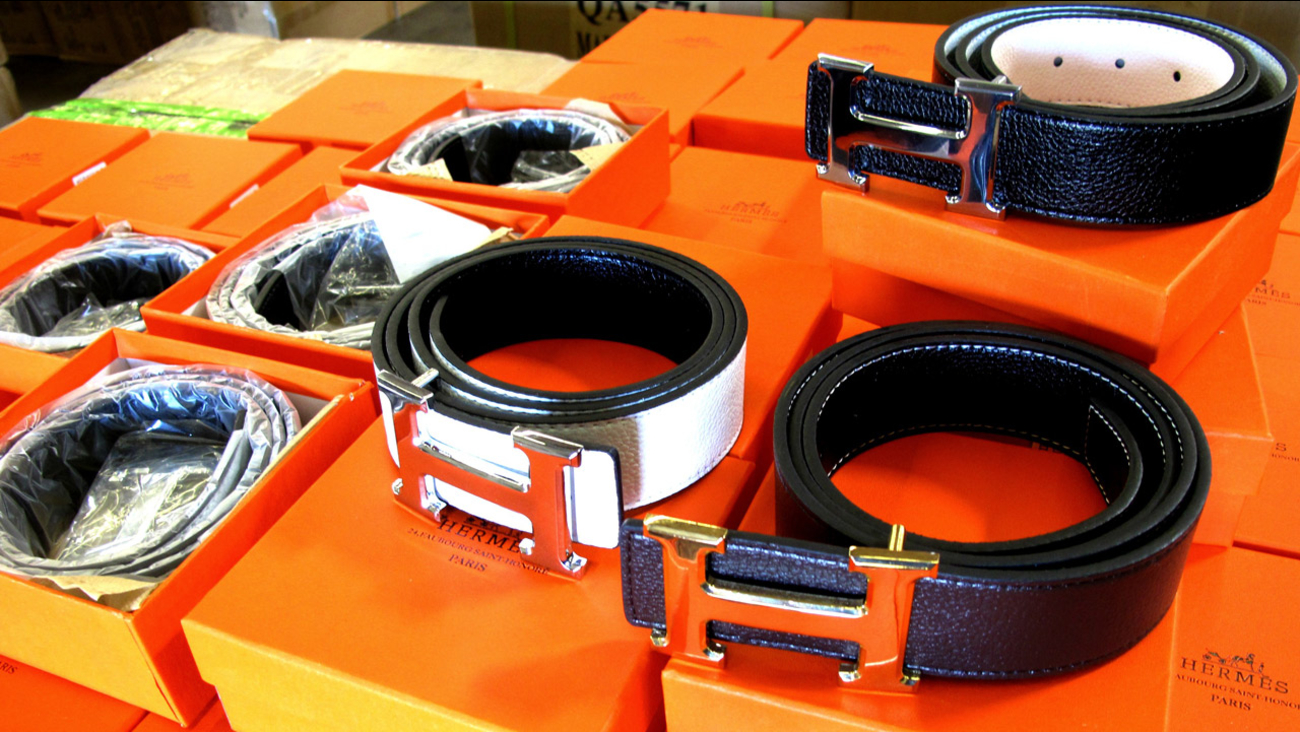 Some of the counterfeit Hermes belts seized by U.S. Customers and Border Protection officers are shown in an undated photo. (KABC)

Officers seized 3,960 belts that arrived from China on June 18. The shipment was displayed as "plastic brooms" as a way to evade detection, according to CBP officers.

"Counterfeit products are increasingly of a higher quality, making consumers easily deceived by fakes that look and feel real," said Carlos Martel, CBP port director of the Los Angeles and Long Beach seaport complex. "The flood of counterfeit products not only creates an enormous drain on the U.S. economy, but funds transnational criminal enterprises."