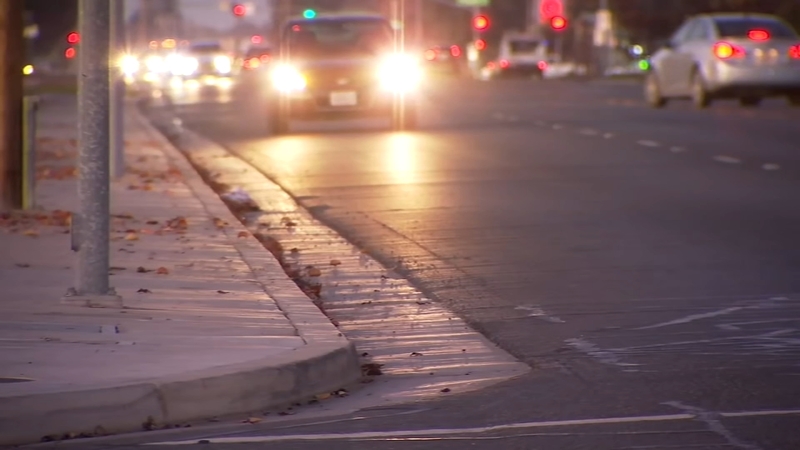 VISALIA, Calif. (KFSN) -- Pictures of Desiree Alonzo sit on the mantle next to the family Christmas tree.

"We're just trying to hold up and be strong, give her what she would've wanted," said the victim's brother Ruben Alonzo.

A time meant for joy is replaced with grief as Ruben and Adrianna Alonzo mourn the sudden loss of their sister.

"She was truly an amazing person and it's really sad for our family. That we lost her," said the victim's brother, Ruben Alonzo.

Alonzo was hit by a car on Friday night near Dinuba and Ferguson in Visalia.

Investigators say the victim stepped into the roadway, and the driver didn't see her.

Police also claim the driver was going under the 45 mile per hour speed limit.

"This was a big mid-block location, it was dark and she just simply walked out in front of traffic without looking," said Visalia Police Department Sargent Gary Williams.

Police say while it's a busy corridor, they don't often see traffic collisions involving pedestrians in that area.

The Alonzo family, however, claims it's too dangerous.

"The city of Visalia should consider putting speed radar, overlooking posting signs, lights that go away. It was full of traffic," said Alonzo.

The family says Alonzo was walking to her brother's home and Ruben spoke to her thirty minutes before she was hit.

They've now set up a crowdfunding page to raise money and lay her to rest.

"We're a close family, we're a traditional family on holidays, we got Christmas coming up and we have to bury our sister..that's going to be hard for us," said Alonzo.