A major concern is that ash and debris could contaminate waterways and clog power plant equipment, creating more long term obstacles for residents and businesses.
KFSN
By Sara Sandrik 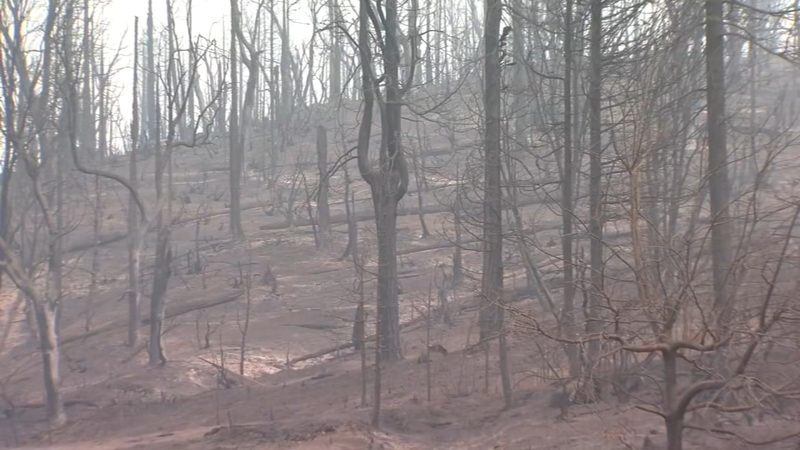 FRESNO COUNTY, Calif. (KFSN) -- The Creek Fire was declared a federal disaster for fire management assistance back on September 6th.

That means the federal government will help pay for the cost of fighting the fire, but a more recent request for FEMA to help fund the recovery effort has been denied.

Amanda Arteno is thankful for food donations and community support as she continues to live in limbo.

Her home was one of several damaged in the Auberry area, so she's now staying in an RV on her property and trying to figure out the next steps.

She said, "I'm prepared to hunker down all winter in the snow in my trailer because I have a feeling it's going to be a long process."

Arteno was hoping FEMA funding could help her and other residents pay for the massive clean-up effort, especially those who did not have insurance.

But the agency sent a letter to Governor Newsom on Wednesday denying the request for a major disaster declaration specifically for individual and public assistance and hazard mitigation. 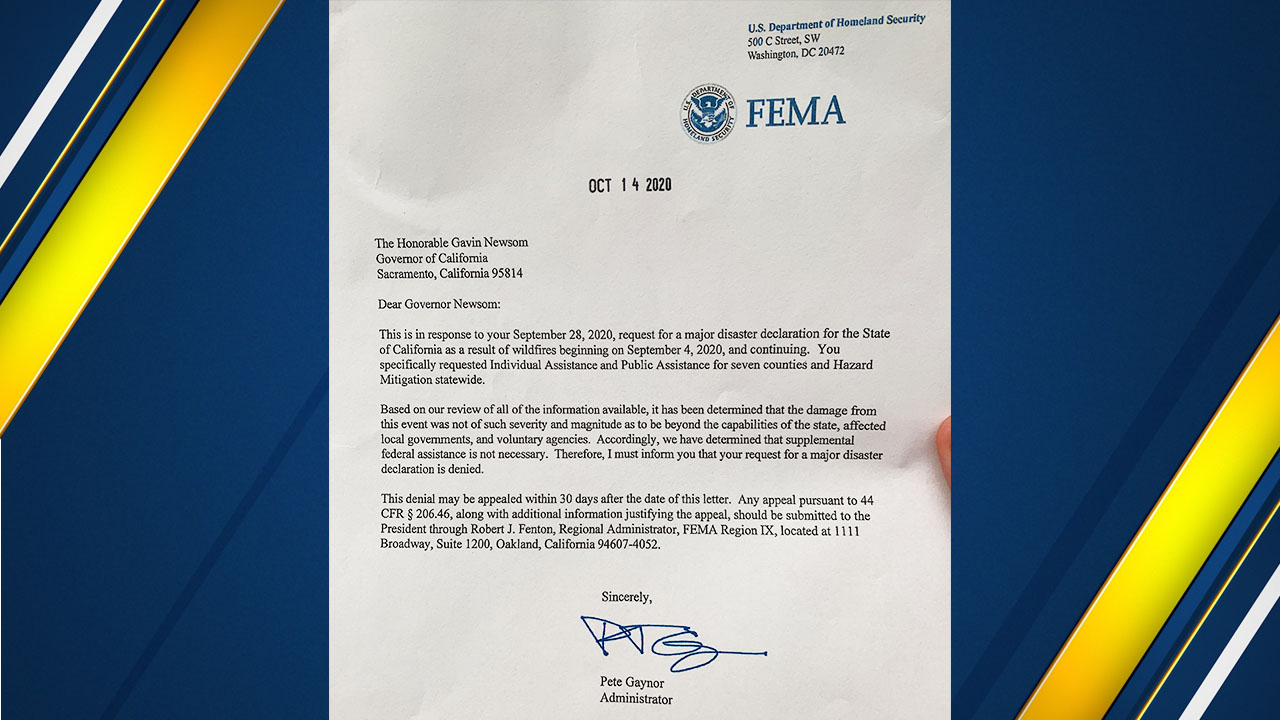 It said the damage is not beyond the scope of the state, local governments, and voluntary agencies.

Congressman Tom McClintock said, "We're looking into the formulas they used to determine their decision, but the devastation here is self-evident, and the need for help is overwhelming."

McClintock got a firsthand look at the damage around China Peak before meeting with residents and local leaders at the Shaver Lake Community Center, including Fresno County Supervisor Nathan Magsig.

He said the county is asking the state to appeal FEMA's decision, and the Board will also discuss other options during Tuesday's meeting.

Magsig explained, "I know we're going to go back and try to get that assistance but right now with the rain and snow coming it's important for us to get out there and clean up lots."

A major concern is that ash and debris could contaminate waterways and clog power plant equipment, creating more long-term obstacles for residents and businesses.

Cressman's owner Ty Gillett said he and other Creek Fire victims are anxious to rebuild but still feel stuck.

"Without those FEMA funds, it greatly delays our recovery," said Drew Nelson, who had lost his home to the fire.

"We need the help. Being denied that money is beyond frustrating," Nelson added.

Homeowner after homeowner described their desperation and frustration with FEMA, like Robert Diaz.

"It worries me immensely. I don't know how we're going to get this clean-up done," Diaz said.

Diaz was depending on those federal dollars as he had just bought his Shaver Lake home just weeks before the fire ignited, and hadn't gotten fire insurance.

"FEMA not providing funds is going to be a showstopper for a lot of people," he said.

Assemblymember Jim Patterson sent a letter to the director of the California Office of Emergency Services director in hopes of immediate help and start clearing the damaged homes.