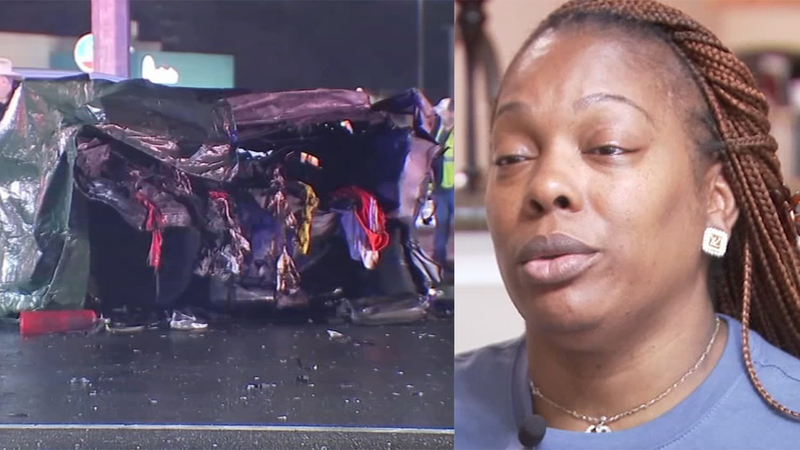 Mom was driving behind daughter's car moments before fatal crash

SPRING, Texas -- The mother and grandmother of the victims killed in a suspected drunk driving crash in Spring, Texas said she was not too far behind her daughter moments before the crash.

Rhonda Branch said it was initially an exciting weekend for her and her family as her daughter, Porsha Branch, helped her move into a new home.

HEARTBREAKING INTERVIEW: The mother of the woman killed in a fiery Spring crash goes ever every last detail of that horrific day. See the full interview you'll only watch on ABC13.com.

Sunday night, Rhonda said they were getting ready to move one last load. Rhonda was driving in one truck with two of her daughter's kids, and Porsha, who was ahead, drove a separate truck with her three youngest sons. Rhonda said she eventually caught up to them.

"When we were coming up on Gosling Street, I was like something happened. I said, 'Wow something is on fire'... and I never knew that it was my baby," Rhonda told our sister-station KTRK.

Porsha's car had been involved in a crash and went up in flames right before her eyes. Porsha and her 7-month old son, Drake, died in the flames after a suspected drunk driver slammed into them.

"And I see my grandson's shoe... I had just put them on him before he left," said Rhonda.

Meanwhile, her other grandchildren, 5-year-old King and 2-year-old Messiah, were airlifted to the hospital where they were both pronounced dead.

Daniel Canada, the man suspected of causing the crash, walked away with scratches and bruises, according to local deputies.

Moments before the crash, investigators say Canada had been pulled over by a Harris County deputy for speeding. The deputy searched his car and confiscated marijuana, according to the sheriff's department, but a release stated the deputy did not believe Canada was drunk.

"He took my baby's life and my grandbabies' lives from us all because he [wanted to] drive drunk. I feel like the first time he got pulled over, they should have just taken him in," said Rhonda.