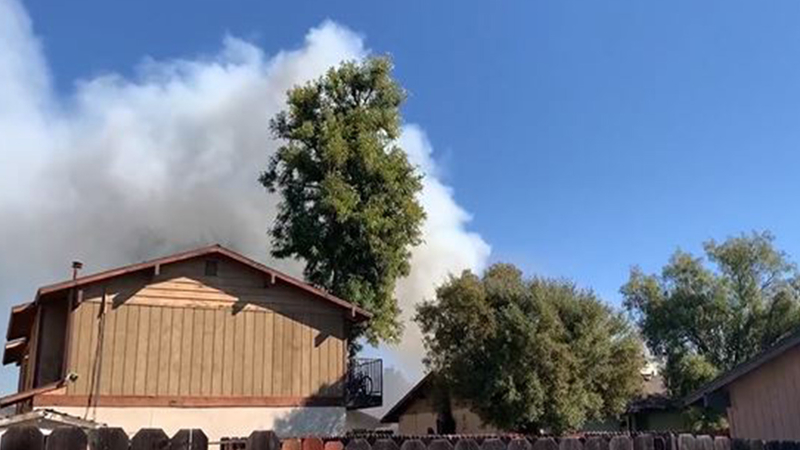 FRESNO, Calif. (KFSN) -- Six people were displaced after a large fire broke out at an apartment building in central Fresno.

Crews responded to Dakota and Cedar Avenues before 9:30 am.

The Fresno Fire Department tweeted that at least one apartment unit was engulfed with smoke and flames when crews arrived, prompting officials to call for more firefighters to fight the blaze. In total, 48 firefighters, including some from the City of Clovis responded.

Firefighters say the fire destroyed one unit and damaged a second.