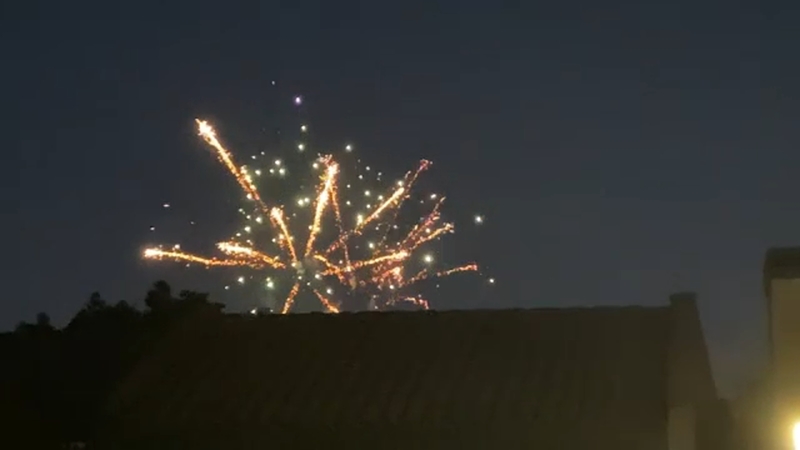 FRESNO, Calif. (KFSN) -- The sound of explosions was heard all across Central California Sunday night as people celebrated the Fourth of July.

Aerial fireworks, which are illegal, were fired into the sky one after another nonstop.

Fresno Fire Department officials say they responded to a total of 252 calls from 8 pm Sunday night to 8 am Monday morning.

That's compared to 211 last year at this time.

On an average day, Fresno Fire responds to 20. But through the night, only 60 citations were issued.

"Our mission is to get there as quick as we can, put out that fire, ensure that it doesn't rekindle or start again and then move on to the next call," says Fresno Fire PIO Shane Brown. "We don't have time to investigate every fire on the fourth of July like that."

In the last four weeks, Fresno Fire teamed up with Fresno police to crack down on illegal fireworks with their task force.

Brown says the efforts leading up to the holiday have been all hands on deck.

"Looking in here, we certainly got a lot off the streets than we did last year and so that's a good feeling," Brown said. "Then to know there was no catastrophic fires last night, that's also an indication that we did make a dent."

Clovis Fire reaffirming that sentiment, saying the night could have been a lot worse.

"We are lucky we didn't have even more incidents than we did due to the sheer volume of illegal aerial fireworks witnessed last night," says Clovis Fire Battalion Chief Jim Damico.

The department responded to 15 fires that were firework-related, a combination of both legal and illegal.

"After the 4th of July celebration, when they go to discard their fireworks is where the issue comes in hand," Damico said. "They don't properly soak the fireworks in a bucket of water for a sufficient period of time."

Brown says one issue that they need to address for next year is illegal fireworks being cheaper than the legal ones.