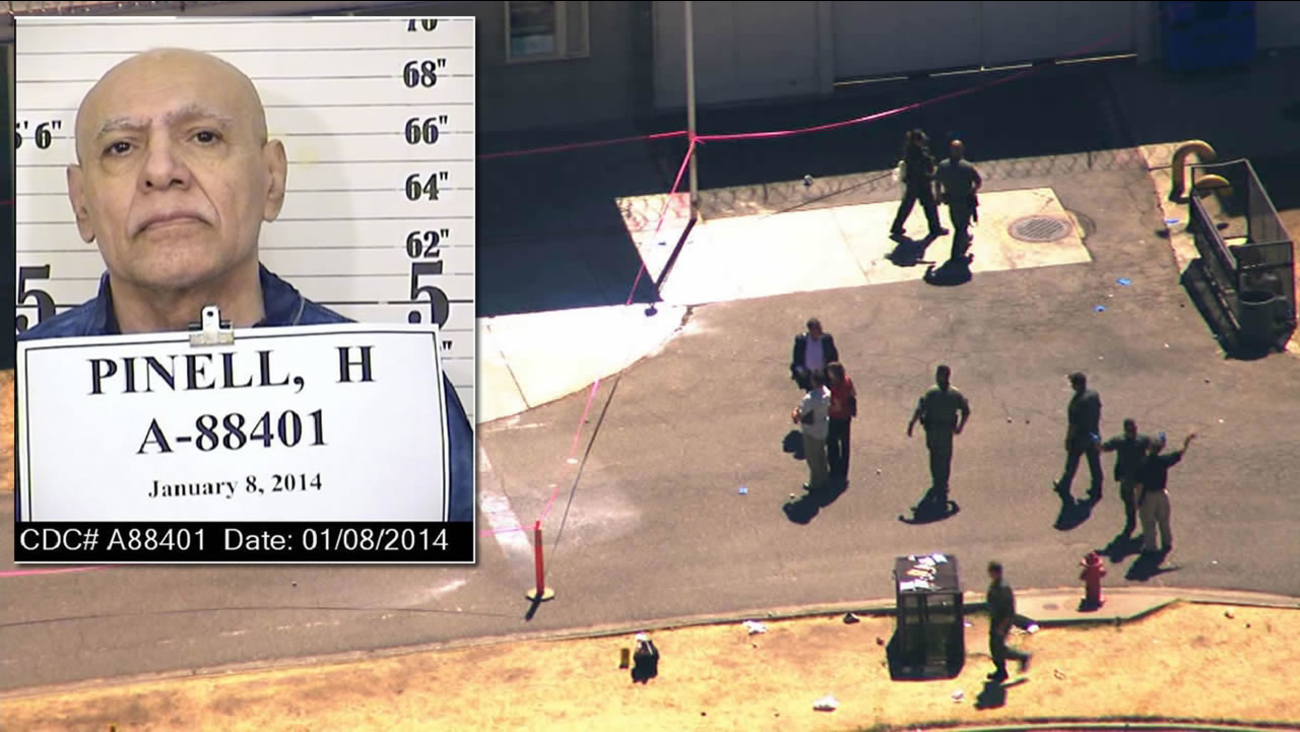 Inmate Hugo Pinell was killed in a riot that broke out at Folsom State Prison Wednesday, August 12, 2015. (KGO-TV)

She says Pinell was targeted by another inmate on an exercise yard.

Eleven other inmates were taken to an outside hospital to be treated for stab wounds.

Forty-four years ago, Pinell helped slit the throats of San Quentin prison guards during an escape attempt that led to the deaths of three guards, two inmate workers and escape ringleader George Jackson.

Jackson was a Black Panther leader who was fatally shot as he ran toward an outside prison wall.