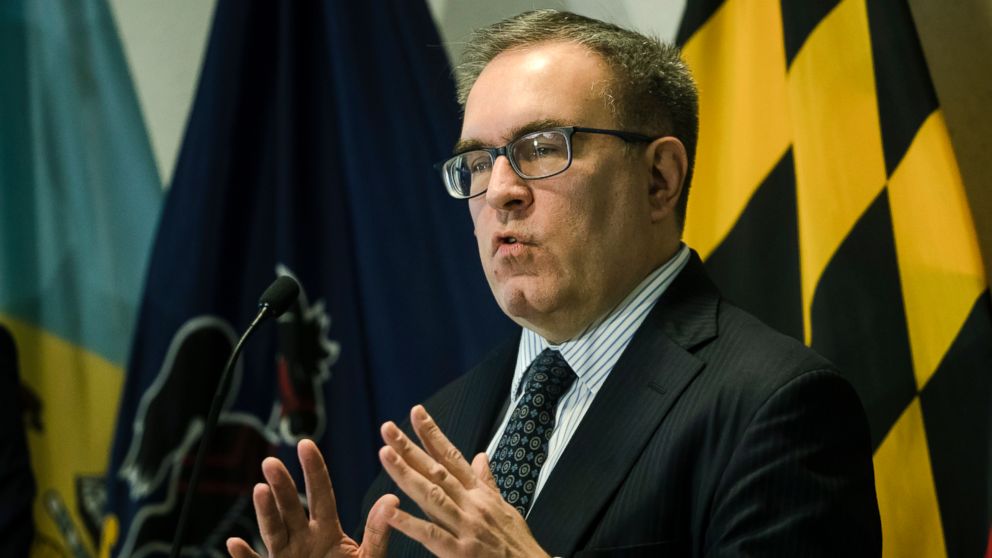 Andrew Wheeler will be the administrator of the Environmental Protection Agency after the Senate voted to confirm him in a mostly party-line vote.

The Senate confirmed Andrew Wheeler's promotion to lead the Environmental Protection Agency in a 52-47 vote on Thursday, seven months after his predecessor Scott Pruitt resigned.

Republican Sen. Susan Collins was the only Republican to vote against Wheeler. She said that despite his experience she can't support his policies, citing the threat of climate change and EPA's proposals to roll back or replace policies intended to reduce greenhouse gas emissions and other pollution.

"I have too many concerns with the actions he has taken during his tenure as Acting Administrator to be able to support his promotion. I believe that Mr. Wheeler, unlike Scott Pruitt, understands the mission of the EPA and acts in accordance with ethical standards; however, the policies he has supported as Acting Administrator are not in the best interest of our environment and public health, particularly given the threat of climate change to our nation," Collins said in a statement released before the vote.

While most Republicans voted in favor of Wheeler some have raised concerns about some of his decisions since taking over at EPA. Iowa Senators Joni Ernst and Chuck Grassley have raised concerns Wheeler hasn't done enough to support corn farmers that benefit from ethanol and Alaska Sen. Lisa Murkowski told the Washington Examiner she's not satisfied with the agency's recently released plan to deal with toxic chemicals in water all over the country.

One Democrat, Sen. Kristen Sinema of Arizona, did not vote.

Wheeler has been leading the agency in an acting capacity since former administrator Scott Pruitt resigned last July.

Wheeler has continued to pursue President Donald Trump's agenda of rolling back regulations put in place by the Obama administration and has announced initiatives to regulate toxic chemicals and emphasize a new focus on lead.

Democrats have vocally opposed Wheeler at the agency, saying the Trump administration's agenda does not treat climate change as an urgent threat. Wheeler has echoed President Donald Trump's comments that he is skeptical of media coverage around major climate change reports that, they say, focus only on the worst-case scenario from climate change.

Under Wheeler the EPA has proposed replacements for Obama-era rules aiming to drastically reduce carbon dioxide emissions that contribute to climate change like the Clean Power Plan and fuel efficiency rules. Under Trump the EPA says greenhouse gas emissions are down after Trump's first year in office but critics argue more drastic reductions are needed.

Wheeler has been criticized for his past work as a lobbyist who represented the coal company Murray Energy. He also worked for EPA as a career employee in the Office of Pollution Prevention and for the senate committee with oversight of EPA.

In a tweet after the vote, Wheeler said he is humbled by the vote and will continue to work to push the president's agenda at EPA.
Report a correction or typo
Related topics:
abc newsnational
Copyright © 2020 ABC News Internet Ventures.
More Videos
From CNN Newsource affiliates
TOP STORIES