KFSN
By Sara Sandrik
MERCED, Calif. (KFSN) -- Phil Brooks joined the Merced County Sheriff's Office in 2009 and went on to become president of the Deputy Sheriff's Association for at least three years.

It was during that time when investigators believe he began stealing from the union.

Authorities estimate he embezzled more than $100,000 before he abruptly resigned in September of 2017.

"He took the money and whatever he was doing with it, right now that's all speculation, but we anticipate that it's all gone," says Merced County Sheriff Vern Warnke.

Warnke says the money came from deputies, dispatchers and coroners paying dues and holding fundraisers to help their own members and support good causes in the community.

It wasn't until after Brooks left that other union leaders discovered discrepancies in the books. They began working with the California Attorney General's Office, which issued a warrant for his arrest last March.

"He'll be going before a judge soon and do an extradition hearing, and at that point, he'll be transported to Merced," Warnke said.

This arrest comes in the wake of similar accusations against the former president of the Merced Police Officers' Association. Joseph Deliman was booked into jail in October of 2018 for allegedly embezzling more than $80,000 from his union, and his court case is still ongoing.

Sheriff Warnke says greed may have motivated both men, but they do not represent the majority of people who wear a badge.

"We in law enforcement, I say that 99.999% are upstanding people," Warnke said. "And when we do find this bad apple, we're going to do everything we can in our power to make sure that justice is served."

He's now booked in the Mohave County jail as authorities work to have him extradited back to Merced.
Report a correction or typo
Related topics:
mercedarrestmerced countyembezzlement
Copyright © 2021 KFSN-TV. All Rights Reserved.
MERCED COUNTY 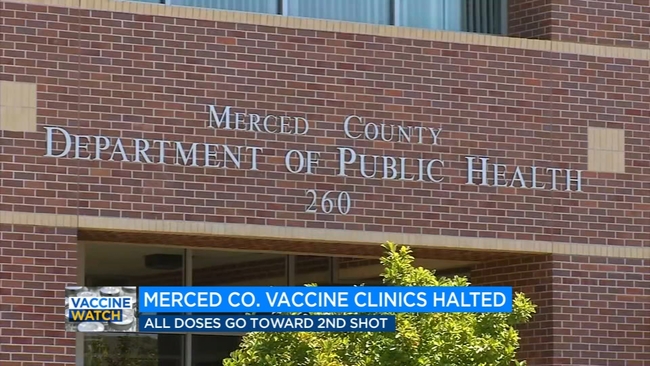