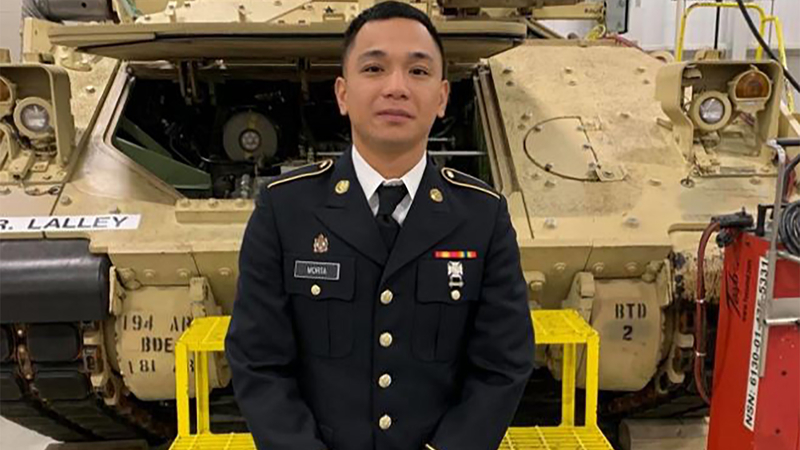 "The Black Knight family is truly heartbroken by the tragic loss of Private Mejhor Morta," said Lt. Col. Neil Armstrong, commander of 1st Brigade 5th Cavalry. Regiment. "I would like to send my heartfelt condolences to his family, friends and loved ones."

Morta, of Pensacola, Florida, entered the Army in September 2019 as a Bradley Fighting Vehicle mechanic. Since May 2020, he had been assigned to 1st Battalion, 5th Cavalry Regiment, 2nd Armored Brigade Combat Team, 1st Cavalry Division, according to a statement from Fort Hood. Morta's awards and decorations include the Global War on Terrorism Service Medal, National Defense Service Medal and the Army Service Ribbon.

The incident is being investigated by the Bell County Sheriff's Department, who did not immediately respond to a request from the Associated Press seeking comment.

Officials have not said whether the death is considered suspicious.

On June 21, officials had discovered skeletal remains in a field in Killeen, just over 10 miles from Stillhouse Hollow Lake, which were subsequently identified as 24-year-old missing Fort Hood soldier Gregory Morales. U.S. Army officials have said they suspect foul play in his death.

There is no indication that the deaths of Morales and Guillen are connected. Members of Congress joined advocates for women Tuesday to continue the call for changes in the way the military handles sexual abuse and harassment following the death of Guillen, whom investigators believe was killed and dismembered by someone stationed at the same base in Fort Hood.

SEE ALSO:
What we know about Fort Hood soldier Vanessa Guillen since her disappearance in April