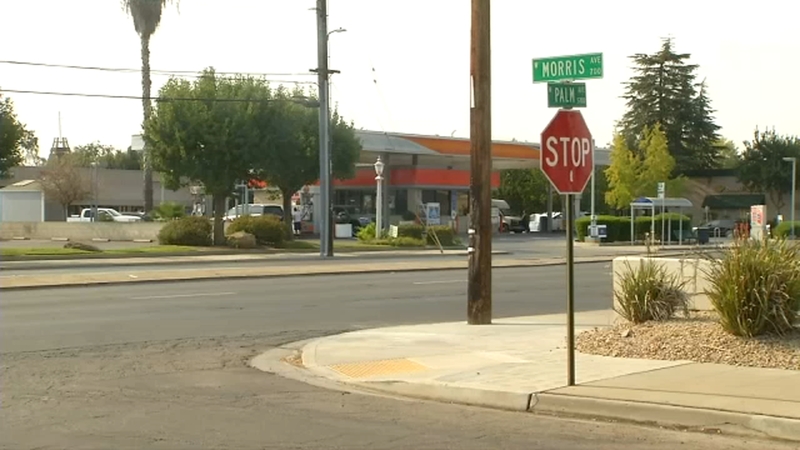 FRESNO, Calif. (KFSN) -- It's the phone call no parent wants to receive -- their teen robbed at gunpoint on the way home from school.

That was the reality for several students in northwest and central Fresno Tuesday afternoon.

Police say a long-barrel handgun was used in four robberies of teenagers -- thieves targeting their jewelry.

The first was near Bullard High just after 3:30. Two teen girls were accosted for their jewelry.

Just minutes later and yards away at Palm and Celeste, two victims, a teenage boy and his sibling, had their jewelry forcibly taken as well.

About 45 minutes after that, police say two teen boys fell victim to an armed robbery near Hampton Way and Hughes.

The final attack happened around 7 pm near Marks and Dakota.

Police say three suspects were involved -- two men and a woman who drove the getaway car, a blue Hyundai Sonata.

We spoke with the father of one of the girls robbed along Palm. He's choosing to keep his identity private but says his daughter has never been so distraught.

"I have never seen my daughter react like that as far as emotions," he said.

He eventually reunited with his daughter and was relieved she wasn't injured.

"I was shocked that it happened at that time with all that traffic on Palm and nobody stopped, looked, tried to get out of the car to try and help the girls," he sad.

The girl's father says he doesn't want his daughter to live in fear but proceed with caution.

"I don't want the incident to change her daily movements, make her feel like she can't do this or can't walk to the store anymore," he said. "Just have to be a little more careful and be a little more aware of your surroundings."

Officers say the victims were fortunate to not have been seriously injured, though the impacts to the teens are not surface level.

"If you are a teenager going to school, coming from school and you are accosted by an individual, not only are there physical injuries but there are emotional injuries as well," Lt. Cervantes said.

The district released a statement saying in part, "We informed our Bullard parents about the incidents and encouraged them to talk with their students about walking to and from school safely."