Ryan Rodriguez is a Black Hawk pilot who was deployed to Iraq in 2005 and was also deployed to Afghanistan in 2009 and 2013.
KFSN 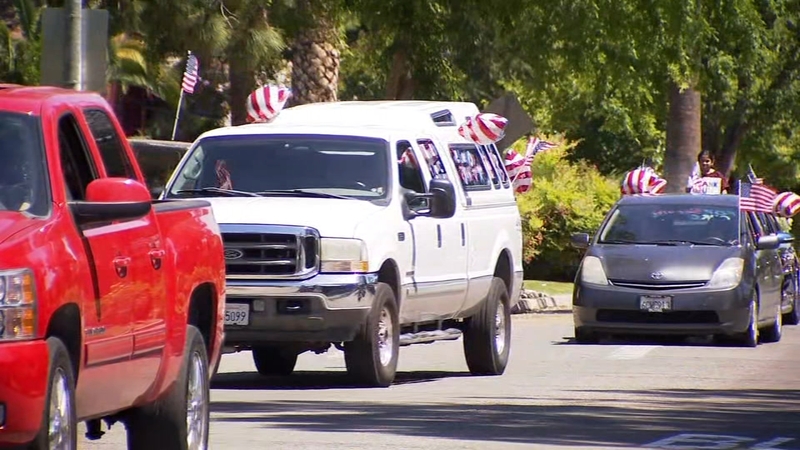 FRESNO, Calif. (KFSN) -- Neighbors in northwest Fresno celebrated one of their own who is heading to the middle east for his fourth deployment for the United States Army with a parade.

Ryan Rodriguez leaves next week for at least one year.

He is a Black Hawk pilot and is part of a medical evacuation unit based out of Sacramento.

His wife and son delivered a note with a flag to their neighbors telling them about the parade.

Ryan says he is honored to have a great support system.

"Just emotional with all the love and support that we have from our neighborhood, our close friends and families knowing that I have support back home for my wife and son when I'm gone," he says.