A vehicle pulled up as the two victims were leaving the birthday party and someone inside opened fire.
KFSN
By Brittany Jacob 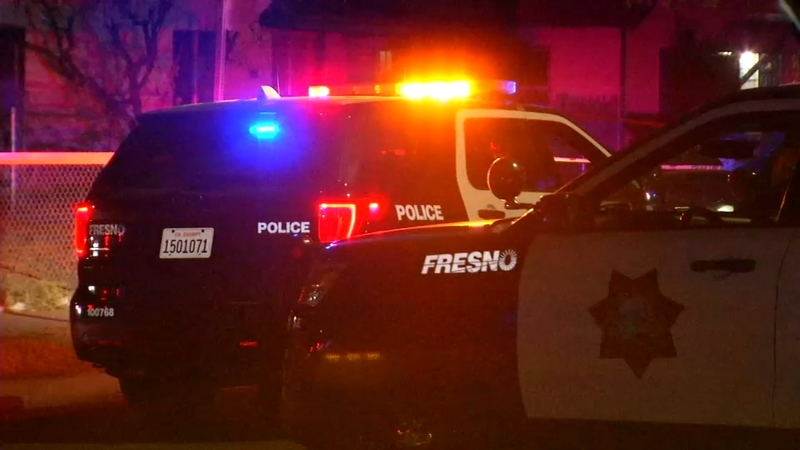 "It's horrible to see that our community, our city has come to this... where there's random acts of violence all around Fresno, it's not just in one area," she says.

DeSantiago, his wife Angie, and their three children were at his father in-law's home - celebrating their grandpa's birthday - carving pumpkins with the kids.

Police say as they were preparing to leave, someone drove and started shooting at the group.

DeSantiago, his brother-in-law - 36-year-old Francisco Jalomo - and another man were all shot. DeSantiago and Jalomo didn't survive their injuries.

Angie lost her husband and her brother that day.

"You know, she was actually in the backyard when it happened. She ran to the front. She actually saw my cousin laying there with bullet wounds. It was something that was so devastating, she's in shock right now. She has not come out of being in shock," Aganza says.

At a family gathering, simply having fun has turned heartbreaking.

The organization Take a Stand works to help families overcome violence and tragedy.

Board Member Kina McFadden helped organize an event Friday at City Hall - with community members trying to take back their city and stop the senseless deaths.

"We know what the problem is - the blood is still on our streets and we need to not ignore or turn a deaf ear to the violence, the senseless violence that is going on," said McFadden.

The Santiago family specifically asks for prayers during this hard time.

Investigators are now reviewing surveillance footage and searching for a motive.