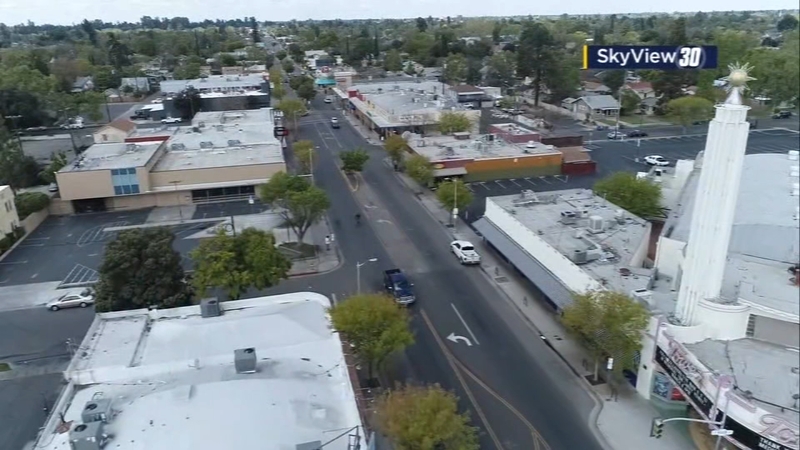 FRESNO, Calif. (KFSN) -- A tale of two cities is playing out in the Central Valley when it comes to businesses and emergency coronavirus order enforcement.

Weights are on the move and members are getting air-conditioned workouts inside the Certus CrossFit in Clovis Monday, despite a state order mandating gyms only operate outdoors.

Gyms, dance studios and other businesses inside Clovis city limits are unlikely to see any enforcement.

But take a few steps outside city limits into the City of Fresno and it's a whole different story.

CrossFit gyms in Fresno are closed.

Fresno code enforcement has notified more than 1,400 businesses they were violating emergency orders.

"All this has been an attempt to save as many lives as possible and making sure the largest city in the Central Valley is being responsible," said Fresno City Council President Miguel Arias.

"The two cities are playing by very different rules," one woman's email read. "I am a Clovis resident with a business in Fresno. It makes me sick to see the selfishness of other business owners. Don't they think I want to open too?"

Clovis Deputy City Manager Andy Haussler told us the City of Clovis didn't get much relief funding from the federal or state government, and they don't want to distract police from their usual mission, so it would be hard for them to expand enforcement.

They're mostly relying on the state to do it, and state agents have cited some businesses violating the state order.

But Fresno is taking around $100 million in relief funding, which they could have to pay back if they don't enforce the rules.

"If we don't get relief funds from the state or federal government, the local residents will have to suffer the consequences of less services and having us cut public safety, parks and everyday services they enjoy," Arias said.

A third city, the city of Coalinga, is dealing with the consequences of no enforcement.