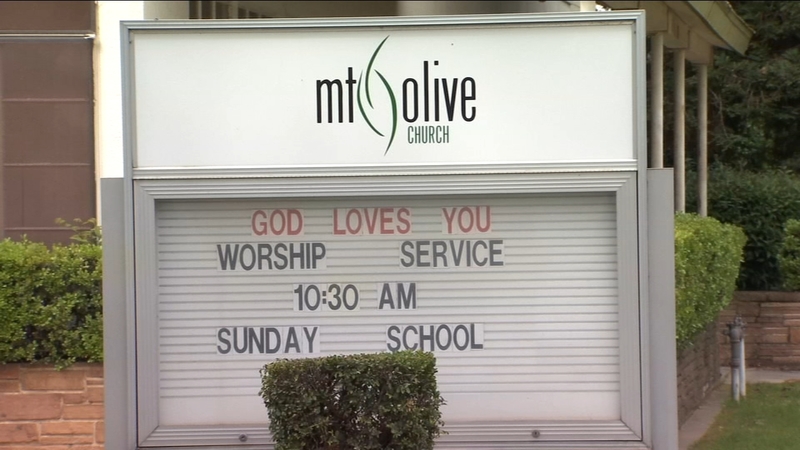 FRESNO, Calif. (KFSN) -- Investigators are looking for a man after he was caught on surveillance breaking into the Mt Olive Baptist Church in Central Fresno.

"They broke the doors open. They opened up through windows and just demolished a lot of things and went into the rooms. We couldn't see anything that was obviously taken," says Pastor Edward Lee.

Mt Olive Baptist was one of six churches that were targeted.

Five were in Central Fresno and one in the southeast area.

But Mt. Olive Baptist is the only one with security cameras.

"He left the computers. The first thing he went for was the safe but the alarm system was blaring so he didn't stay long at the safe and there was nothing in it anyway," says Lee.

But detectives believe the thieves may be after musical equipment.

The Fresno Hmong 7th Day Adventist Church on East Nevada was recently hit for thousands of dollars in stolen property when the crooks gained access to the choir room by busting the lock on the front door of the chapel.

"(They took) soundboards, speakers, anything in these churches that would be left out obviously or a closed area like a sound booth. They're attacking those doors, they're getting in there and stealing that type of equipment as well," says Lt. Mark Hudson of the Fresno Police Department.

Due to the proximity to each other and time frame in which these crimes took place, investigators believe the church break-ins are related.

"We just need to be vigilant, we need to be ready. Who knows what the next thing is? God forbid if someone tried to come in and harm us on a worship day," says Lee.