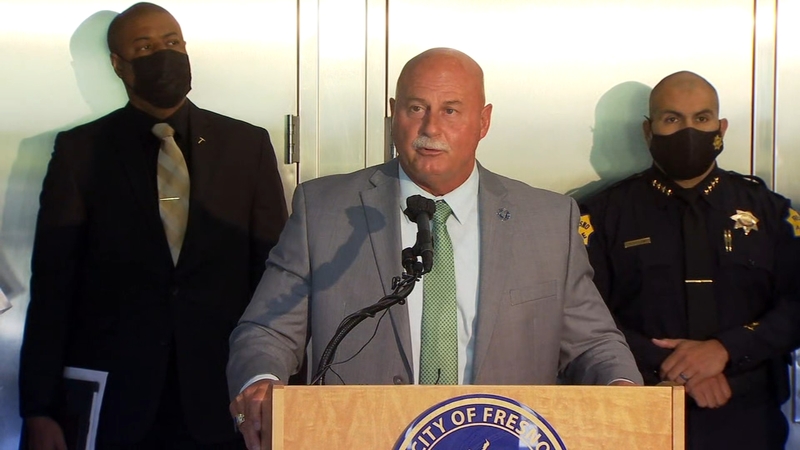 "My administration is betting on Fresno's future economy," he said.

The largest proposed investment would be to the Fresno Fire Department, which would add 42 firefighters, five fire inspectors, an engineer, and two maintenance assistants. In recent months, Fresno Fire has been spread thin by a record number of fires, including some so large that they have been forced to stop responding to medical calls in the city.

Mayor Dyer, a former chief of Fresno Police, seems to be trying to find a middle-ground when it comes to his former department.

With the uptick in violent crime throughout the city of Fresno, the mayor first highlighted public safety. He says he has given Police Chief Paco Balderrama an aggressive goal of hiring more than 120 police officers over a 15 month period and 10 community services officers.

"Our city has grown to an estimated 542,000, but the number of police officers remains at 838 with 60 vacancies and 80 officers on long-term absences," Balderrama said. "I actually have 690 police officers working. Our city is growing. We need to grow as well."

Dyer also proposes creating a new Homeless Assistance Response Team (HART) which will be made up of outreach workers from community-based organizations, an expansion of the graffiti abatement team, adding a new Senior Activities Center, streamlining services in the Planning and Development Department and adding a new Office of Community Affairs.

Dyer will present his proposed budget to the Fresno City Council on Thursday. By law, the budget must be approved by June 30th.

"I am extremely confident in city managers, waiting, that the city of Fresno is poised to rebound, financially, faster than any city in California," he said.

"I look forward to a robust debate about how we invest every single penny of that $1.4 billion budget," says Fresno City Councilmember Esmeralda Soria.