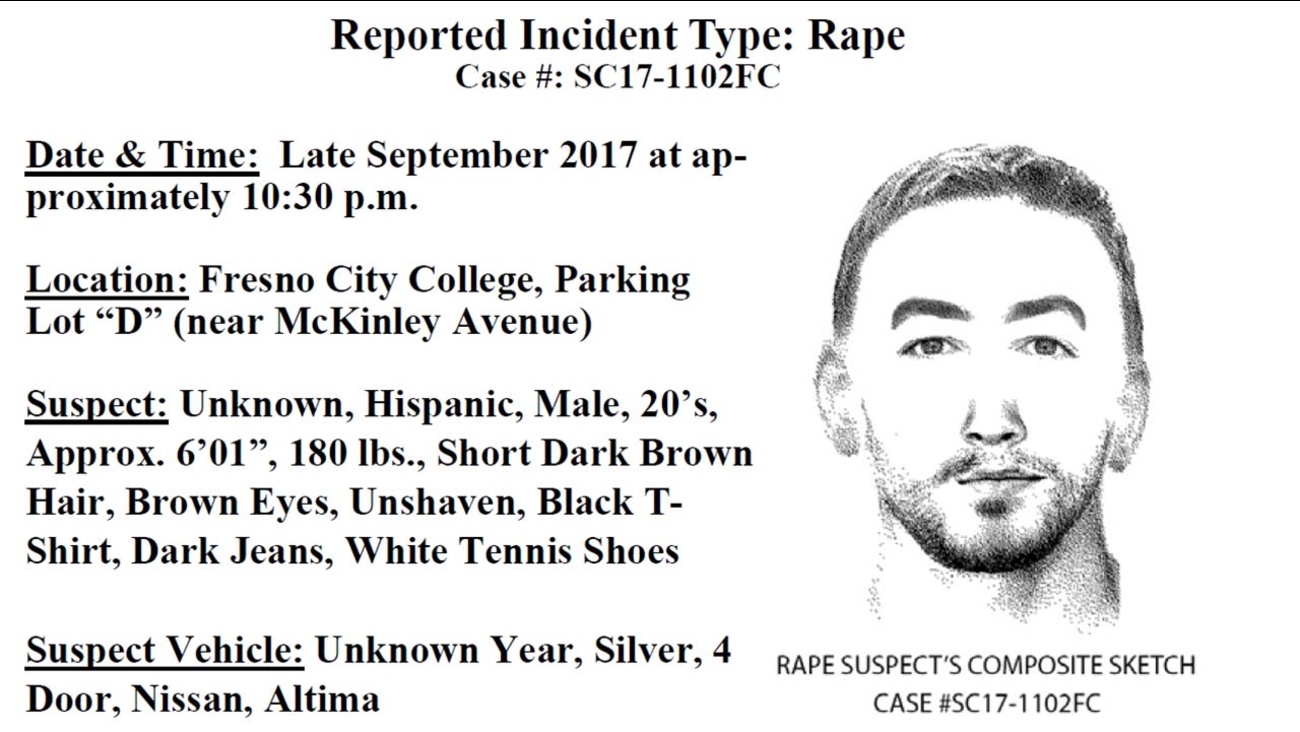 The incident happened in late September when the student was walking back to her parked car in lot D, near McKinley Avenue.

The State Center Community College District Police Department just issued a press release to the campus community about the incident.

She was reportedly dragged into the back seat of a silver sedan where she was sexually assaulted.