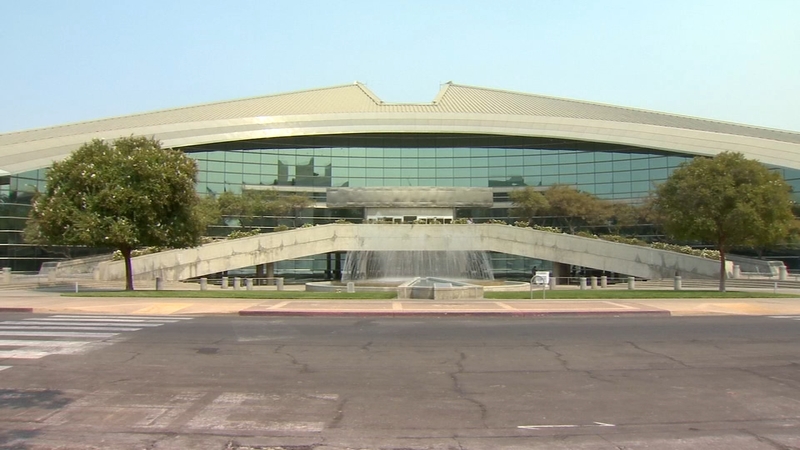 "Today, I say 'no more,'" said Fresno city councilmember Esmeralda Soria. "I want to be a voice for others who suffer from abusive bullies."

"Garry Bredefeld, over his tenure on this council, has purported to be tough on crime and a supporter of domestic violence victims," Soria said. "His hypocrisy is disgusting and laughable."

Prosecutors charged Gai with seven felonies in May 2019.

He also had two prior DUI convictions, including one where he injured a person.

He stayed on the city's payroll until last week, when he pleaded no contest to five counts of domestic violence and child abuse.

"(Bredefeld) didn't fire him," said Fresno city councilmember Tyler Maxwell. "He didn't punish him. He kept him employed and over the course of two-and-a-half years, paid him nearly a quarter-million dollars of taxpayer money."

"Folks have not been shy about voicing their thought to the council leadership," said Fresno City Council Vice President Nelson Esparza. "You know, women wondering how something like this could happen? How they could unknowingly be forced to work alongside someone with this well-documented history of troubling behavior, especially in our very tight council quarters back here. Women wondering how our system of background checks to work in this building somehow failed us."

"I believe in the rule of law," Bredefeld responded. "I believe in the ability of due process and the presumption of innocence. And last week, he went to trial. He pleaded no contest and as a result I said 'You can no longer work here.'"

On Twitter, Bredefeld has referred to people who have not been convicted of crimes as "criminals."

He hired Gai in 2017 and controlled Gai's employment with the city under current rules.

Mayor Jerry Dyer wants to change that so the city manager would oversee misconduct investigations and discipline, aiming for consistency and possibly quicker action, like he had as police chief.

"Seldom if ever did I wait for a criminal investigation to go through the process because that could take two, three, four years in some matters," Dyer said.

For his part, Bredefeld kept up his attacks on his fellow councilmembers.

"This corrupt gang of four have displayed their unethical, immoral behavior over the last two-and-half years and I've called it out," he said of Soria, Esparza, Maxwell, and Miguel Arias.

"Now we are portrayed as a gang," Soria said. "So now Mr. Bredefeld is like, you know, calling us essentially criminals, which is ridiculous."

"I hope the public isn't watching," said Fresno City Councilmember Mike Karbassi. "It's not good to see this kind of display."

The city council passed a new rule Thursday, preventing severance pay for any employee who loses their job because of a felony conviction.