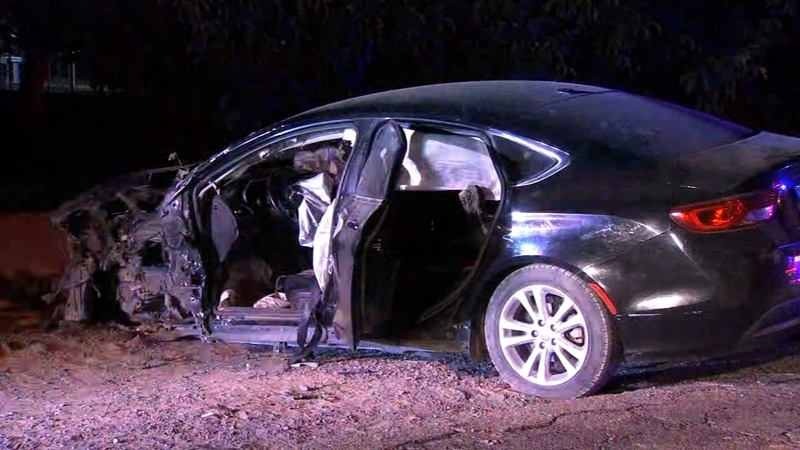 FRESNO COUNTY, Calif. (KFSN) -- A man has died after CHP officers believe he was driving drunk and crashed into another vehicle in Fresno County Monday night.

Officers have identified the man as 28-year-old David Morales Cabrera.

The California Highway Patrol says it happened near Fowler Avenue and Harlan Avenue, just outside the town of Laton, around 9:30 pm.

Officers say, Cabrera, in a Ford Ranger, was going northbound on Fowler when he crossed over the center divider and crashed head-on with black Chrysler in the southbound lane.

The woman driving the car was airlifted to Community Regional Medical with major injuries. The man in the passenger seat was hospitalized with minor injuries.

Cabrera died at the scene. Officers say several beer cans were scattered around his truck after the crash.

"This was not an accident. It's a DUI-related collision. (If) you intentionally drink and drive, there's nothing secret about that, like I said, (the investigation is) ongoing and this is another sad case of passing, but hopefully the female driver who suffered major injuries survives her injuries," said CHP Sgt. Matt Radke.