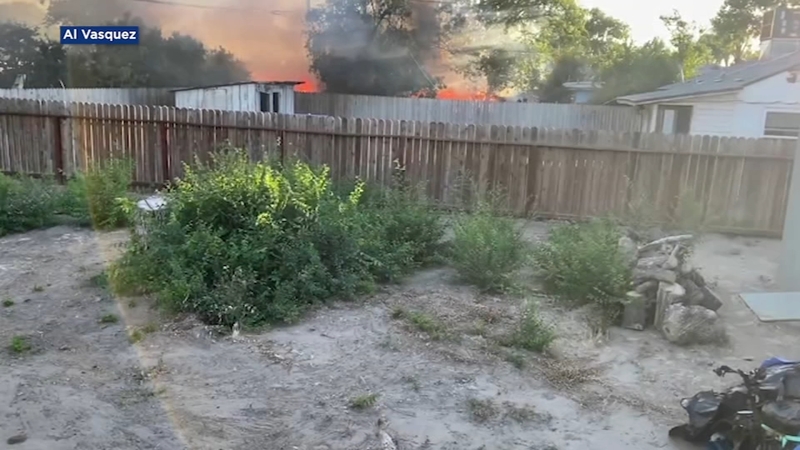 FRESNO, Calif. (KFSN) -- A firefighter was hospitalized after being injured while battling a house fire in Fresno County Monday evening.

Fresno City Fire officials say the flames broke out between two houses on Kenmore and McKinley.

Officials say the flames also threatened four nearby homes. Residents evacuated their homes and used garden hoses to wet down their houses.

During the firefight, a power pole exploded and knocked down nearby power lines.