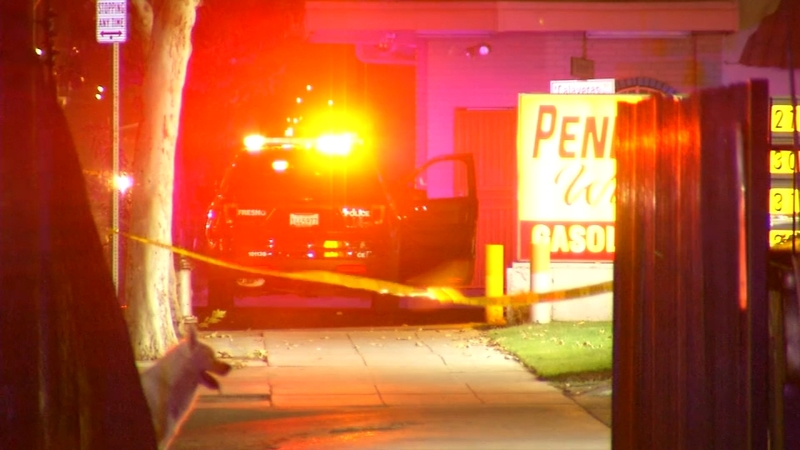 FRESNO, Calif. (KFSN) -- As city leaders find ways to combat crime in Fresno, first responders are seeing the surge in calls to service.

The impact goes beyond police resources.

"These types of calls take longer because paramedics won't respond to the scene until police are able to go in and secure the scene, and then they assess and transport the patient to an appropriate hospital," says American Ambulance Quality improvement Manager Russ Richardson.

Overall, call volume is down compared to 2019 but they have seen an uptick in assaults, including shootings and stabbings over the last year.

As is the case with Fresno Fire. Each member of the department is EMT certified and rigs are equipped with tools to treat and triage patients.

"Our firefighters are assisting American ambulance with EMS side of that to get these people transported to the hospital," says Fresno Fire PIO Shane Brown. "We've responded to 886 violent calls this year, including everything from shootings, stabbings and assaults classified as penetrating trauma."

Already stretched thin because of an almost 50 percent increase in fire calls, the potential to add a new squad that would respond to medical calls to three fire stations would relieve some of the impact.

The move would also add 6 firefighters per day.

However, that wouldn't happen until next year based on budget approval and federal safer grants.

"To take some of the pressure off the larger apparatus that we have and keep them in service for fires, so a squad would be a smaller fleet truck that would be able to respond to medical emergencies," Brown said.

When it comes to living in the City of Fresno, both EMS and fire agree the emergency medical services system is top tier.

"Composed of first responders, ambulances and also receiving hospitals throughout the Fresno area and we have a level one trauma center," Richardson said.

Both agencies say year over year, numbers typically see an increased overall medical call volume, which is not the case this year.

While the cause is unknown, they say it's likely that COVID-19 is deterring people from calling.
Report a correction or typo
Related topics:
fresnoviolence
Copyright © 2021 KFSN-TV. All Rights Reserved.
More Videos
From CNN Newsource affiliates
TOP STORIES