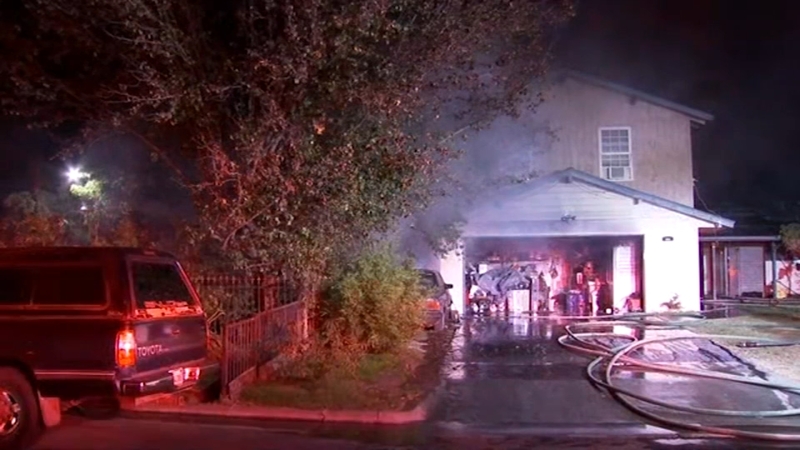 Public Information Officer Shane Brown says the year has already been historic for the department with fire calls, up 50 percent compared to last year.

"We've had 943 structure fires to date, so it has been a really busy year for Fresno Fire."

That's not including the abandoned house fire late Saturday night that spread to two neighboring homes on Grant and Abby in central Fresno.

Investigators are looking into whether homeless activity may have sparked the flames.

"I believe the last number I saw was close to 80 fires in the last week that we attribute to homeless, and we anticipate that getting bigger as the temperatures drop," Brown said.

In the last seven days, Fresno Fire has worked more than 20 structure fires -- a number they're concerned will only get higher before the new year.

"December is historically the busiest month for structure fires, averaging more than 100 in the month of December for the last 10 years," Brown said.

As the pandemic brings its own challenges to the residents of the city, fire crews are urging you to be smart about the electricity in your home as peak months for electrical fire deaths are November through March.

"When you consider a lot of people are struggling just to put food on the table during the pandemic, it's devastating to think that a fire would displace you," Brown said. "The firefighters in the city, we're very well aware of that and we take it seriously."

According to the National Fire Protection Association, one in every seven reported home fires involves heating equipment such as space heaters.

To keep your home safe, keep space heaters at least 3 feet away from anything that can burn.