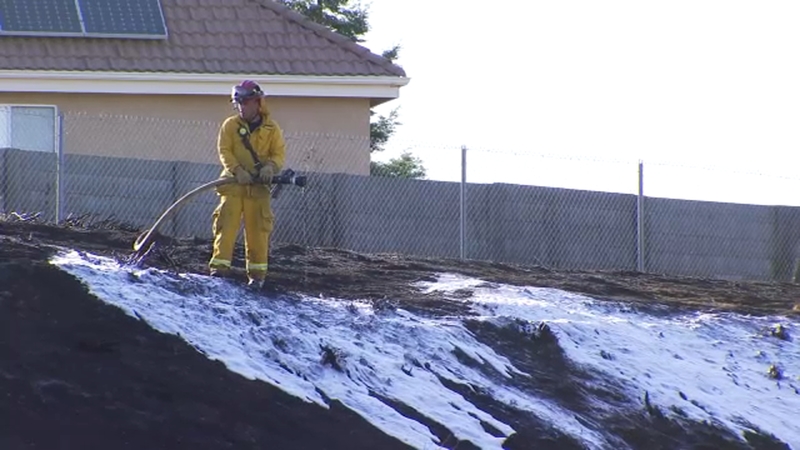 FRESNO, Calif. (KFSN) -- Whether they're dousing flames or responding to a crash site, Fresno Fire crews have been stretched thin.

"I think everybody's recognized how important the fire department is to this community," says Fresno Fire PIO Shane Brown. "The fact that we have such a fire problem in Fresno. That's on top of the other, you know, 15,000 calls we've responded to since January 1."

City data shows their total number of fire calls for the first five months of 2021 is just shy of 3,000.

With an explosive month of May on pace to reach 700 fire calls alone, the department was given the green light to immediately fill 20 vacancies.

"City leadership recognize that our staffing is in dire need," Brown said.

The goal is to start an eight-week drill school for 20 people at the beginning of July.

"Every one of those people who have already attended a fire academy somewhere in the state," Brown said. "That has to meet very specific criteria, so they had to have at least 720 hours of instruction in certain areas, such as rope rescue, fire attack and EMS."

While that limits the hiring pool, it saves the city money on additional training.

Should the city get approved for the federal safer grant, an additional 42 can join the ranks.

"Our current open application period is going to help get us another 16 to 24 qualified individuals that we would be able to potentially start another eight-week drill school in September of anywhere from 20 to 24," Brown said.

After that, an additional 16-week training school for those selected from the general population recruitment.

By next year, the city will have more than 60 new firefighters, boosting daily staffing from 81 to 95 should the new hires meet all requirements.

"I mean, it's literally a matter of life and death when we're on scene, so we need the best of the best," Brown said.