Just two months into 2021, Fresno is experiencing a 15% increase in fires.
KFSN 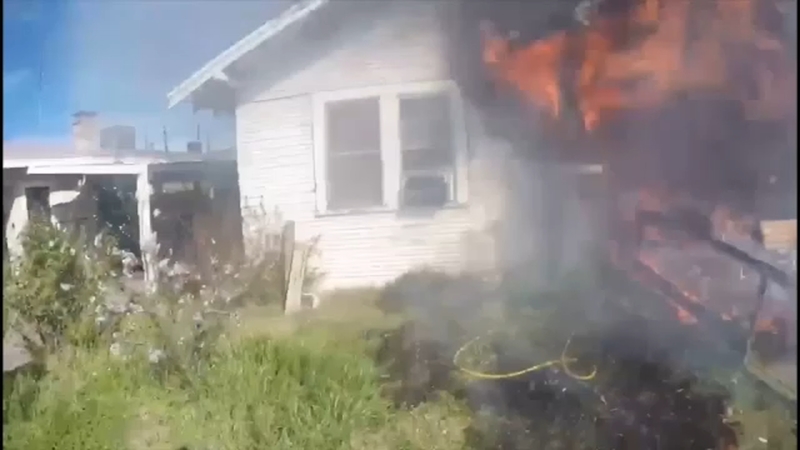 FRESNO, Calif. (KFSN) -- 2021 is off to an explosive start for the Fresno Fire Department.

Just two months in, and the city is experiencing a 15% increase in fires.

Helmet cam footage provided by the fire department illustrates the everyday dangers of the job.

"If you ask any Fresno firefighter, we are always busy," said Shane Brown, spokesman with the Fresno Fire Department. "We are always fighting a lot of fire."

Brown said crews responded to more than 1,100 calls between January and February.

Nearly 140 people were forced out of their homes.

A majority of these fires happened outside and resulted in an estimated $4 million loss.

Brown said almost 78% were caused by the homeless, but there are other factors.

"We know that the pandemic and the homeless increase certainly is contributing to these numbers and more people staying home," he said.

Brown said they also see an increase during the cold winter months.

The fire department is keeping track of their incidents online, which is accessible to the public through their Fire Incident dashboard.

There, people can get specific details on every fire they've responded to this year so far.

"People are very surprised to see that there is no pocket in the city that's untouched," he said.

All those fires continue to stretch resources thin.

"We have 81 firefighters that protect 530,000 people and that is the daily staffing," he said.

Brown said the city is working to secure a federal grant that would help add more than 40 firefighters to the department.