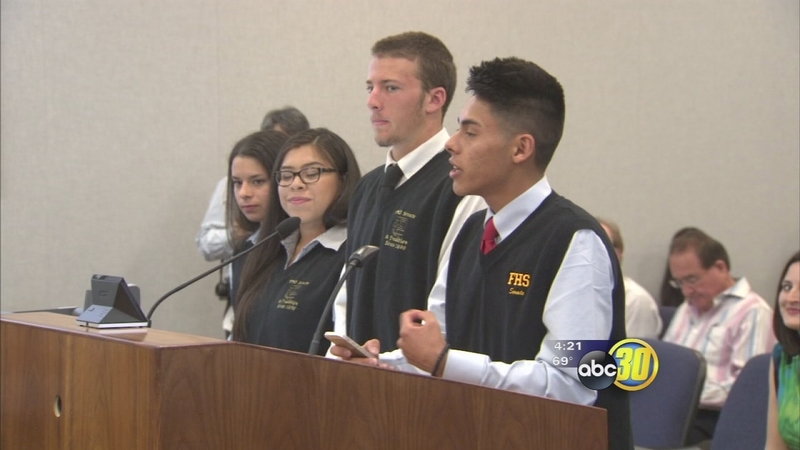 Four members of the Senate Club, as well as their advisor, attended Tuesday's meeting where they were presented with a resolution. The club is now in its 125th year and is considered to be one of the longest continuously active clubs in the country.