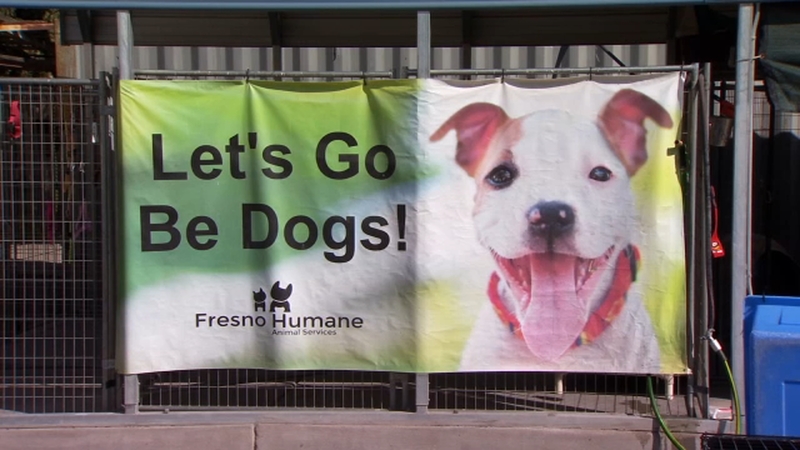 FRESNO, Calif. (KFSN) -- About 90 dogs and cats took a little stroll or were loaded up to take a trip.

Hopefully, their next stop will be a brief one before they find a permanent home.

The site of the old Fresno County morque has served as a "temporary" home for nine years but now, Fresno Humane Animal Services gets a fresh start.

The new $9 million shelter isn't far away, which is good because several trips had to be made.

The 10,000 square foot facility is designed to serve all of Fresno County beyond Fresno city limits.

Rhodes says the new facility offers a much better environment.

The new facility has three buildings: One for administration, a kennel and an intake facility.

"The new animals that come from out in the public, where they're picked up by animal control officers, will come to that building first," Rhodes said.

Strays will be observed for illness before they join the general shelter population.