Even veteran Fresno firefighters are astounded by what they're facing almost every day.
KFSN
By Nathalie Granda 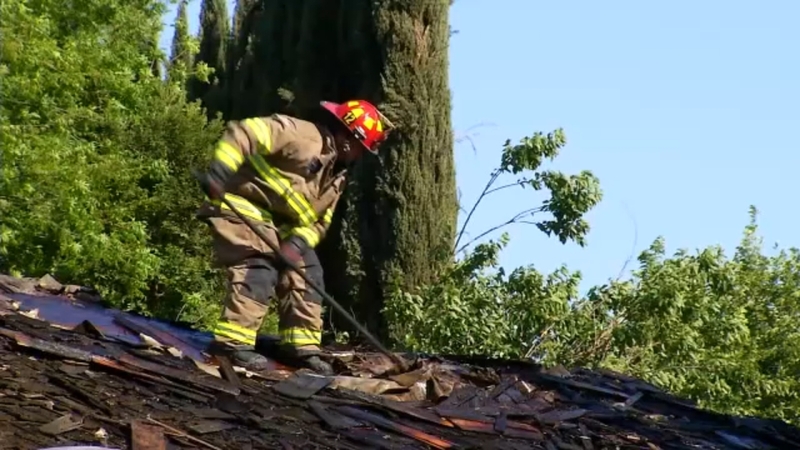 While the number of calls is increasing, their staffing and resources aren't, making it a challenge to respond quickly to calls.

Fire officials say they're already off to a record-breaking year for calls and fire.

They're only expecting it to get worse with the dry conditions and high summer temperatures ahead and even veteran firefighters are astounded by what they're facing almost every day.

On Friday afternoon, crews rushed to fight a large two-alarm fire at a vacant office building in northwest Fresno.

More than 30 firefighters fought the flames near a busy intersection at West Shaw Avenue and North Palm Avenue across the street from Fig Garden Village. .

Fire crews say a homeless man admitted to living in the building, but said he did not start the fire.

Heavy smoke could be seen for miles.

Traffic at the intersection was disrupted as people stopped to see the blaze.

This fire was sparked just hours after another blaze engulfed the Barrows Training and Education Physical Therapy facility in northeast Fresno and caused the roof to collapse.

The department has already responded to over 160 fires in May alone and they're worried the worst is yet to come.

On Friday, Fresno received help from Clovis firefighters as their own resources started to be strained.

Stretching crews and equipment has become a game of chess-moving pieces and people across the city to cover the most urgent emergencies.

Fresno firefighters say those vegetation fires are adding up.

In April, the department responded to 116 vegetation fires.

So far this year's responses more than doubled from April 2019, when there were 52.

And more fires mean some responses may be delayed.

Fresno Fire officials say the main reasons for fires they've seen are from the homeless, dry vegetation, or arson.