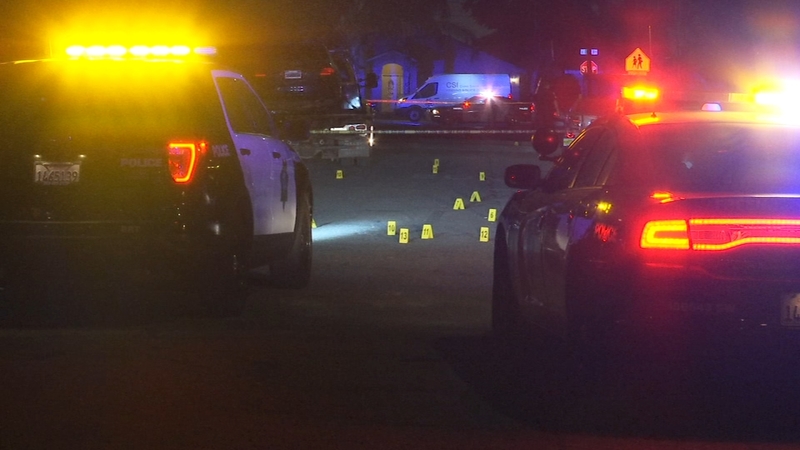 FRESNO, Calif. (KFSN) -- "There are too many moms screaming because their kids are getting killed," says Fresno City Councilmember Mike Karbassi.

More criminals will be taken off the street and put in jail, as the state prison system loosens its COVID restrictions and begins taking in local transfers.

In Fresno County, sheriffs officials say as many as 100 inmates will be transferred out Thursday, making those beds available.

The space is needed.

Hall says they started their gang task force operation in October to combat the more than 500 shootings and 50 murders that have occurred in the city this year.

Since they started, they've already seen a 60 percent decrease in shootings, and have taken several into custody.

"So far, this operation has resulted in 279 felony arrests, 209 of those arrested were gang members," Hall said.

During a briefing Monday, Councilmember Karbassi says the council approved several millions of additional dollars for the department's budget, which will end their hiring freeze and allow them to create four new officer positions.

The department says along with potential new hires looking to enter the force, they're also looking to other counties and even states for those officers who have been employed with other agencies.

"We're trying to attract them from cities and counties where they've been big on the defund movement or ways to demonize officers," says Todd Frazier with the Fresno Police Officers Association.

"Right now, the issue is morale," Karbassi said. "Do people want to be public safety officers so they can transfer? We have a lot of work to do."