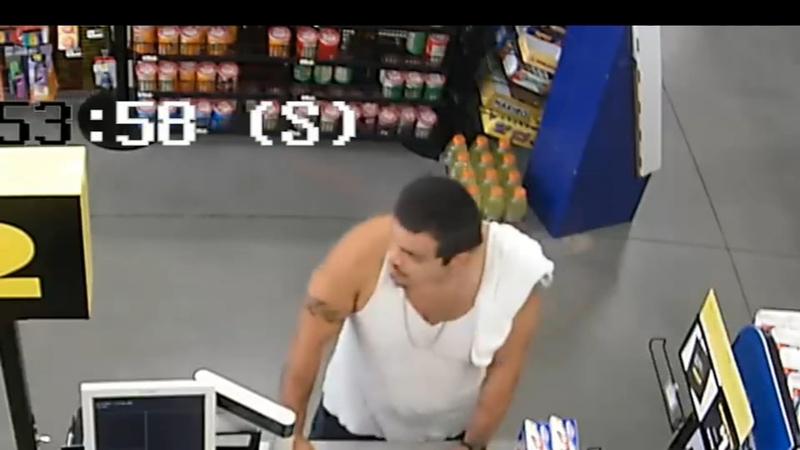 FRESNO, Calif. (KFSN) -- Fresno Police are now turning to the community to find those responsible for robberies across the city.

Police say the robberies happened within just days from each other.

Police say in every case, the suspect came in acting like your average customer.

However, what looked like a normal trip to the store ended in a brazen robbery.

"When they're contacted by an individual in the store, that's when they use force," says Sgt. Brian Valles of the Fresno Police.

The suspect walked in, placed an order, even opened his wallet.

Police say once the employee opened the register, the man jumped over and stole the cash.

Two days later, police say a group of teens were caught on surveillance video robbing the CVS off Clinton and Brawley, and even hitting an employee with a case of beer.

"When he walks by, one of them swipes at him, hits him in the nose, and breaks his nose," says Sgt. Brian Valles of the Fresno Police.

A day later - another robbery.

This time it was at a Dollar General along Belmont Avenue, where police say this man brandished a gun at an employee as he walked out with a cart filled with items.

Heather Robinson, a manager at the store, says she is just thankful no one was hurt. .

"There's kids in there, you don't know if the gun would've fired and hit a kid, or hit one of us," she says.

Police say in cases likes these, it's best if employees remain a witness.

"If someone is stealing items like this, it's better to let them take it," says Valles.

Robinson, however, says she'd like the business to add security guards to prevent these crimes from happening.

"I have kids of my own. I want to go home. I want to know I'm going to be safe at work and be okay."