The Fresno County Sheriff's Office has identified the suspect who died after an officer-involved shooting in southeast Fresno on Tuesday.
KFSN
By Alyssa Flores & ABC30.Com Staff 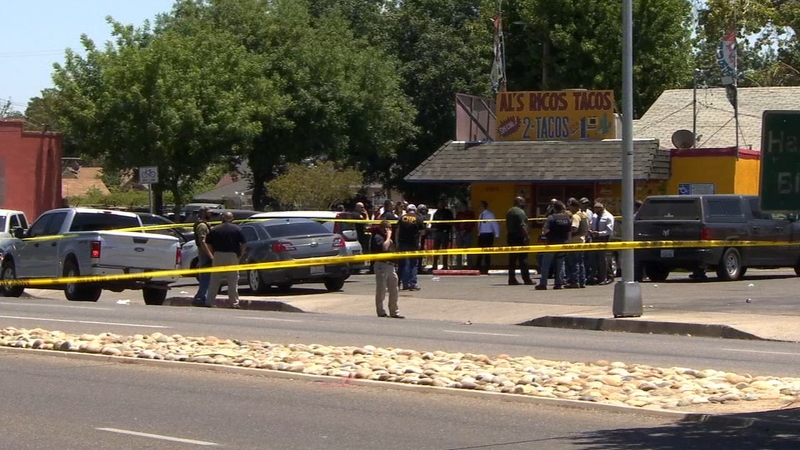 FRESNO, Calif. (KFSN) -- The Fresno County Sheriff's Office has identified the suspect who died after an officer-involved shooting in southeast Fresno on Tuesday as Carlos Baires, 36, of Orange Cove.

Shots were fired by a California Highway Patrol officer and a Fresno County sheriff's deputy on Ventura Avenue and Hazelwood Boulevard just after 12:30 p.m.

An attempt to pull over the driver of a stolen vehicle took a deadly turn.

Miguel Valladares caught the incident on video. He says he saw the suspect vehicle surrounded just before he started recording.

"They were yelling their orders like, 'Get down. Get out of the car.' or whatever. They were yelling, but he wasn't listening," said Valladares. "Right when he tried to take off and smash the other car, he got fired on."

Authorities have not said whether Baires was armed with a weapon other than the car when the incident happened.

Officials say Baires was transported to Community Regional Medical Center, where he died. No deputies were injured.

According to the Fresno County Sheriff's Office, vehicle code requires drivers to pull over for red lights and a siren, even in an unmarked law enforcement vehicle.

"The officers are all wearing tactical vests that are clearly marked with 'police,' 'sheriff'. They have a badge on them," said Zanoni. "It would be pretty obvious they are members of law enforcement."