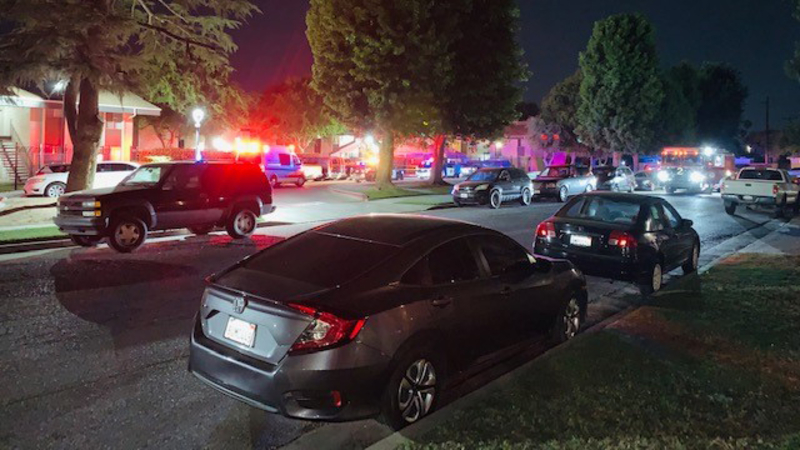 FRESNO, Calif. (KFSN) -- An investigation is underway after a man and teenager were shot in the parking lot of an apartment complex in central Fresno Friday night.

The Fresno Police Department says it happened at the Fountain West Apartments on W. Fountain Way and N. Pleasant Ave just after 9 pm.

Authorities say the man and teenager were in the parking lot of the complex when they were confronted by two other men. It led to an exchange of gunfire.

Police do not know if the victims shot back or if the suspects were the only ones that fired.

One of the victims is a 15-year-old who was shot twice in the back. He was taken to Community Regional Medical Center.

The other victim is a 23-year-old who was shot in the right leg. Both are expected to survive.

Police say the suspects were seen running away. There is no description of them at this time.