Halfway through the season the Bulldogs gearing up for tougher tests 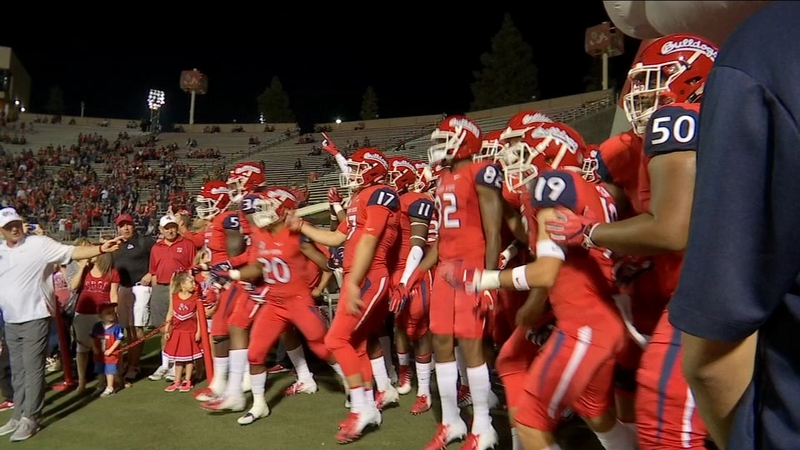 Halfway through the season the Bulldogs gearing up for tougher tests

FRESNO, Calif. (KFSN) -- Saturday against Wyoming was the definition of a total team win. Senior quarterback Marcus McMaryion accounted for four touchdowns. Two through the air and two on the ground scoring on what head coach Jeff Tedford called "A very tough Wyoming defense."

Even punter Blake Kusick received praise for routinely pinning the Cowboys deep in their own territory. But it's the Bulldog defense that stands out. Right now ranked 2nd in the country for fewest points allowed and for the second straight game, the defense did not surrender a touchdown. "I think they're playing together as a unit and that's always key on defense," Tedford said. "You know not everybody is perfect all the time but if you're running to the ball you can make up for a lot of mistakes that way."

This week they've got their hands full with New Mexico coming in with the second best offense in the Mountain West. "Very good offensive line and if you don't get them on the ground they have the ability to hurt you with some playmakers," Tedford said.

The Lobos lost on a last-second field goal at Colorado State and are looking to snap a six-game losing streak against the Bulldogs; the longest win streak against any team in the Mountain West.

Kickoff in Albuquerque is set for 4:30 Fresno time. You can watch the game on ESPN U.