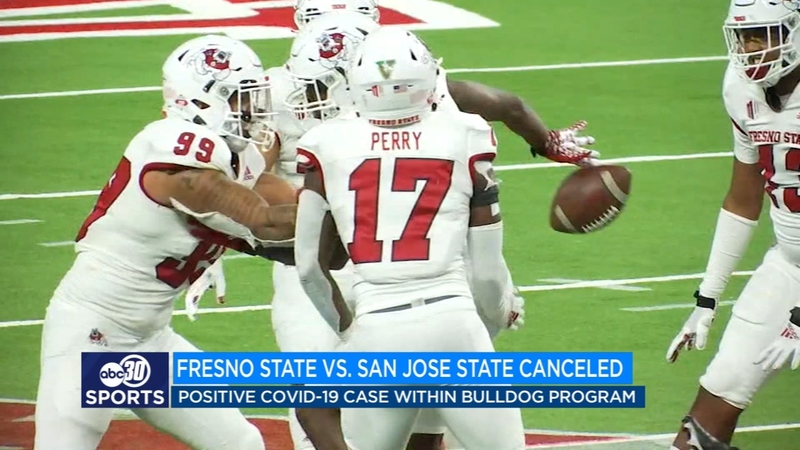 The Mountain West Conference explained the decision in a statement saying "due to COVID-19 contact tracing within the Fresno State football program, the Bulldogs are unable to participate in the scheduled game on Nov. 21 vs. San Jose State."

This is the first cancellation for either school this season.

"Though we have dutifully followed all proper protocols, and have received continual guidance from the Fresno County Department of Public Health, we unfortunately have confirmed a positive case of COVID-19 within our football program. In coordination with the Fresno County Department of Public Health and extensive contract tracing efforts, we have identified additional student-athletes who, per public health protocols, are required to be quarantined as a precaution.

"As a result, we will not be able to participate in this weekend's scheduled competition against San Jose State. From a competitive perspective, we are disappointed for our student-athletes, coaches and our Red Wave fans who were excited for this long-standing rivalry contest.

"That being said, the health and safety of our student-athletes, staff, and campus community have been, and will continue to be, our number one priority."

Earlier this week Fresno County moved back into the purple tier on the state ranking system. 94% of the state's population is now in this tier, the most severe tier when it comes to COVID-19 spread.

The Bulldogs (3-1) were looking to reclaim the Valley trophy against their longest rival. There are no open dates for either team with both teams originally scheduled to play 8 games in 8 weeks.