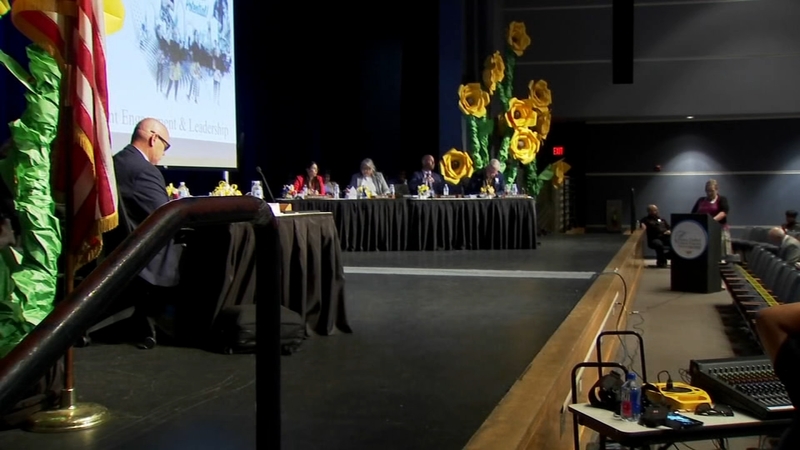 FRESNO, Calif. (KFSN) -- Growing concern over school safety has become a major debate across the nation, and that includes parents and teachers in Fresno County.

Fresno Unified trustees didn't have anything related to school safety on the agenda Wednesday, but parents waited for five hours to get the chance to tell trustees and district officials what they want to see change at their kids' schools.

Multiple speakers, including parents and students, pleaded for the district to do more to secure schools in the wake of the mass shooting in Uvalde.

Suggestions included the district having its own police force, adding officers to middle and elementary schools, eliminating entrances and replacing gates with more secure ones.

Wednesday, the Fresno Teacher Association posted a letter on Facebook to FUSD Superintendent Bob Nelson. Hoover High school teacher Sara Reyes wrote about her frustrations that the district is not doing enough to keep students who have shown violent behavior in the past out of the classroom.

She wrote, "We have only your broad words of assurances without any concrete evidence that anything is being done to improve our school's safety."

A Fresno unified spokesperson said Nelson wasn't prepared to respond to the letter since it was released during the board meeting.