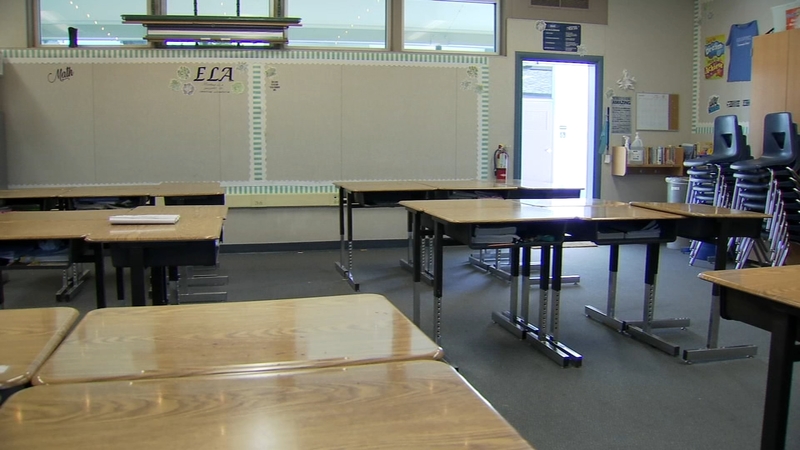 FRESNO, Calif. (KFSN) -- "My children are not masters at tying their shoes yet, but they are expected to save their own lives."

Like most American parents, this week, Samantha Leon and her husband grappled with the decision to talk to their children about the tragedy in Texas that claimed the lives of 19 young children and two teachers.

She dreaded the moment she had to drop her eight-year-old second-grader off at Forkner Elementary.

"He began to get extremely fearful to go to school that day and our response to him was that if anything were to happen while he was outside, he needs to run and run for his life," she said.

At Forkner, the campus has a single entrance at the school's front office. But Samantha says that's not enough.

"Who is supposed to intercept someone that tried to come into the school," she said. "We cannot expect our school secretaries to intercept a gunman. It's not appropriate and it's not ok."

She suggests a security system that could lock people who shouldn't be on campus out.

"I would really like to see a buzz-in system that the secretaries would have to let whoever is coming into the school," Leon said. "Something similar to jewelry stores. You have to push a doorbell or a buzzer for them to let you in."

It's a security feature she and her husband are willing to fundraise for themselves at Forkner. But she says all Fresno Unified schools should be entitled to the same level of security.

This week, Fresno Mayor Jerry Dyer presented his budget to include the addition of more school resource officers on Fresno Unified campuses.

"The reality is a police presence on campus will deter violent crime in general," he said.

"Being that first line of defense, making sure that no active shooter goes into the school," he said.

Samantha is also hoping that Fresno Unified schools better communicate with parents at the start of the year about their active shooter plan so they can review it with their children at home.