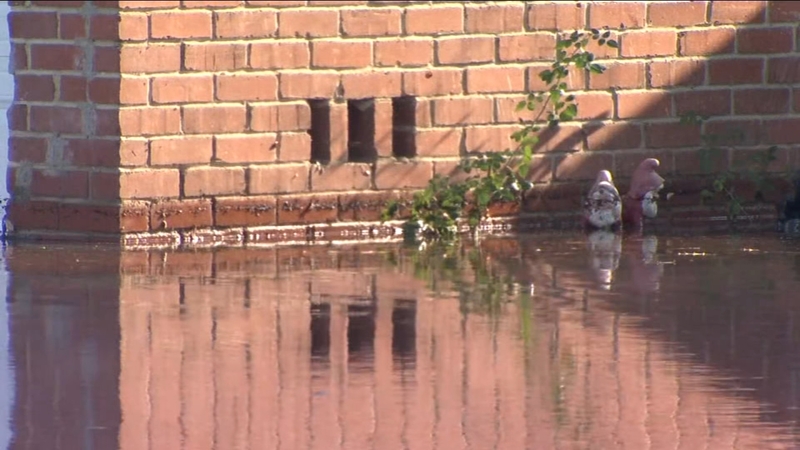 FRESNO, Calif. (KFSN) -- It was a wet and soggy New Year for some Fresno families - who spent their holiday mopping up damage left behind by a water main break.

One homeowner told Action News he felt helpless, the water main broke in his backyard. He had to throw away everything a foot off the ground.

Neighbors say at first water was shooting up to 7 feet high in the air.

Families believe because of the holiday, it look a longer time for crews to respond.

In the end, they found out it was a city pipe that had burst.

Those who were able to get a closer look at the break say it looked like the cap on a 13 inch pipe may have rusted which then caused the rupture.

"All I heard was just a pop like a firecracker, next thing I did was look out the front window, a fountain going up; within minutes, two homes were flooded," said a neighbor, Andrew Ditommaso.

The city of Fresno was at the house for several hours trying to repair the break.