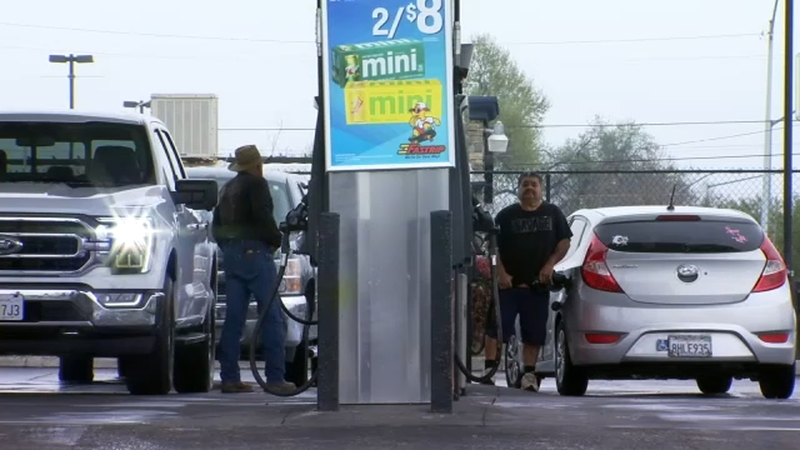 Over the weekend, someone stole more than 20 gallons of gas out of a truck parked in a neighborhood in Clovis.

"Since the gas prices just started going up, this is the first one we've had but this is becoming very popular right now," he said.

According to AAA, the average price per gallon of regular gas in California climbed to a record $5.74 on Monday - up 40 cents from just a week ago.

"It's not uncommon," Sgt. Koch said. "We will see them where they siphon the gas through the top of the gas tank, but I've also seen it happen several times where they'll drill a hole in the gas tank itself and drain it that way."

Some simple steps can keep you from becoming the next victim of fuel theft.

"Be aware of where your car is parked," Sgt. Koch said. "Make sure that you park it in a safe place that's well-lit. A lot of people have cameras on their house that are activated when there's motion, so have a camera pointed to it and the motion sensors go off."

If you see something, say something. Officers encourage the public to report anything suspicious to the police department.