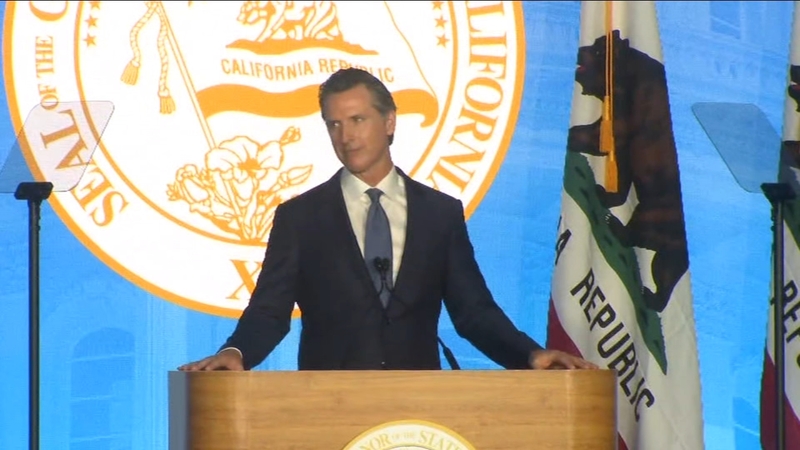 SACRAMENTO, Calif. (KFSN) -- In his speech, newly-elected Governor Gavin Newsom promised to follow in the progressive footsteps of Jerry Brown.

"We face a gulf between the rich and everyone else - and it's not just inequality of wealth, it's inequality of opportunity," Newsom said.

The governor mentioned many of the promises he made during his campaign. He referenced the high cost of housing, and his commitment to fight for universal health care.

He didn't waste any time in attacking Washington.

"We will offer an alternative to the corruption and incompetence in the White House. Our government will be progressive, principled, and always on the side of the people," Newsom said.

"I recognize that many in our rural communities believe that Sacramento doesn't care about them - doesn't even really see them. Well, I see you. I care about you. And I will represent you with pride." said Governor Newsom.

"Hopefully we can get engaged with the new governor on that conversation and make sure we have health coverage, but actual access to healthcare," Gray said.

Along with healthcare, the governor made mention of housing and education reform.

Republicans say while they don't disagree, they're concerned about costs to Californians.

"I think its going to be a wrestling match over how do you pay for it without breaking the bank , and without taxing California into oblivion," said Assemblymember Jim Patterson.

As Newsom starts his term, local politicians remain hopeful that he'll bring both democrats and republics to the table, and work on much needed changes.