Assemblyman and family fighting for stricter Gavin's Law after tragedy 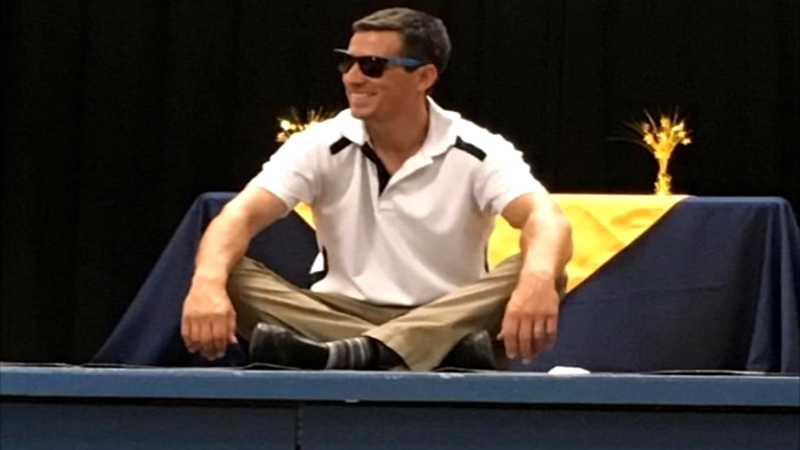 Assemblyman and family fighting for stricter Gavin's Law after tragedy

The relief was short.

His most crucial advocate has been Gladding's heartbroken widow, Susan.

"This has been a very difficult thing for them to all go through again and again," Patterson said. "They have stayed this course. They have been rock solid here and that has been a huge help."

Initially, when the bill went to the Public Safety Committee, other lawmakers were reluctant to support it because of the stringent punishment. Patterson met with members of the committee to see what his options were to rescue the bill.

"In those discussions, we were presented with a possibility of either defeat at an eight-year enhancement, or we could accept a six-year enhanced penalty," Patterson said.

The language was changed to reflect a minimum sentence of three years in prison and a maximum of six. The current law allows for a punishment of two to four years.

Maravilla's release from custody damaged the Gladding family once more when Susan was notified last month when he was set free.

She told Action News Tuesday, "As our family prepared to celebrate our second Christmas without Gavin, we learned that the man responsible for his death was let out of prison on parole. He no doubt spent a joyous holiday season surrounded by his family. This is the heartbreaking example of why Gavin's Law is needed."

Patterson expects the amended bill will pass the committee one week from today, either unanimously or close to it.