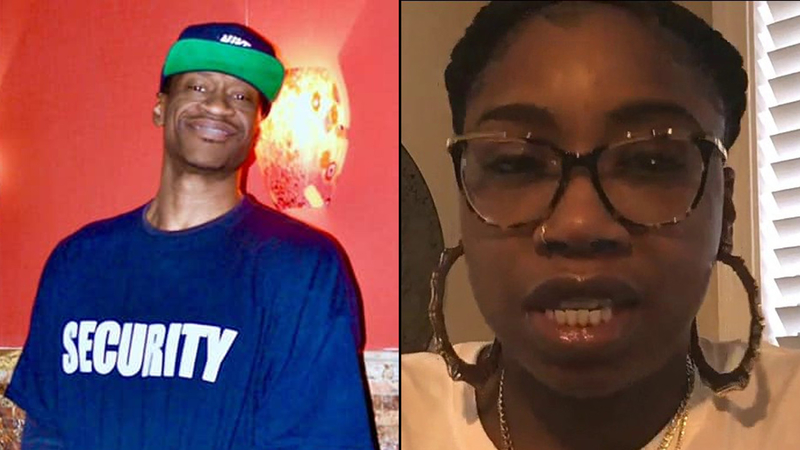 RAEFORD, N.C. -- The controversial death of George Floyd and the shocking video accompanying it has gripped the country over the last 48 hours.

Anger and dismay have bubbled after Floyd was killed while in police custody in Minneapolis on Monday night. Video taken from someone at a scene showed an officer with a knee clamped down on Floyd's neck while he laid face-down in the street while handcuffed.

"I thought I was dreaming for a second," Bridgett said of hearing the news. "Everything went blank. I had a very hard time taking it in...a very hard time."

Floyd can be heard yelling "I can't breathe" before going silent.

"We were told that a police officer had his knee kneeled into our brother's neck while he was handcuffed to the ground," said Bridgett, who added she had not seen video of the encounter. "That's all I could see in my head, was that the police officer was putting all his might into my brother's neck to where he could not catch his breath. He could not breathe."

Floyd family attorney Benjamin Crump likened the incident to Eric Garner, who also yelled "I can't breathe" before dying in police custody in 2014.

"It was nine minutes on his neck," said Floyd family attorney Benjamin Crump. "It's like 'I can't breathe' all over again in 2020."

The four officers involved were fired as protests formed Minneapolis on Tuesday. Bridget said firing the officers was not enough.

"They murdered my brother. They killed him. They need to apply more pressure on these guys. Firing them is not enough."