KFSN
By Jason Oliveira
FRESNO, Calif. (KFSN) -- Members of the Fresno County Public Defenders office took to the streets on Monday to have their voices heard in a nationwide protest against police injustice.

A few hundred people showed up to have their voices heard.

"We... want our clients, want the black community to know that black lives matter to the public defender," said paralegal supervisor Camille Slack.

The large crowd formed at the Public Defenders office in downtown before marching about two blocks to Courthouse Park and to the police station, then eventually settling near the courthouse.

Along the way, protesters held signs and chanted.

Many of the signs honored the names of victims killed by alleged police brutality.

"We see it everyday in our work and the interaction (with) law enforcement officers throughout the county and the country. I think it's very important to show our support not only in the courtroom but in the streets and community," said Dominique Quigley, an organizer.

Much like other protests across the country, Monday's demonstration comes in the weeks following the death of George Floyd, the 46-year old black man who was killed when a white Minneapolis police officer held him down with his knee for nearly nine minutes. 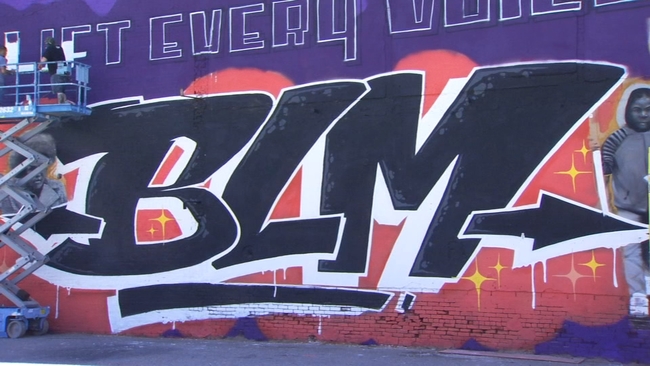