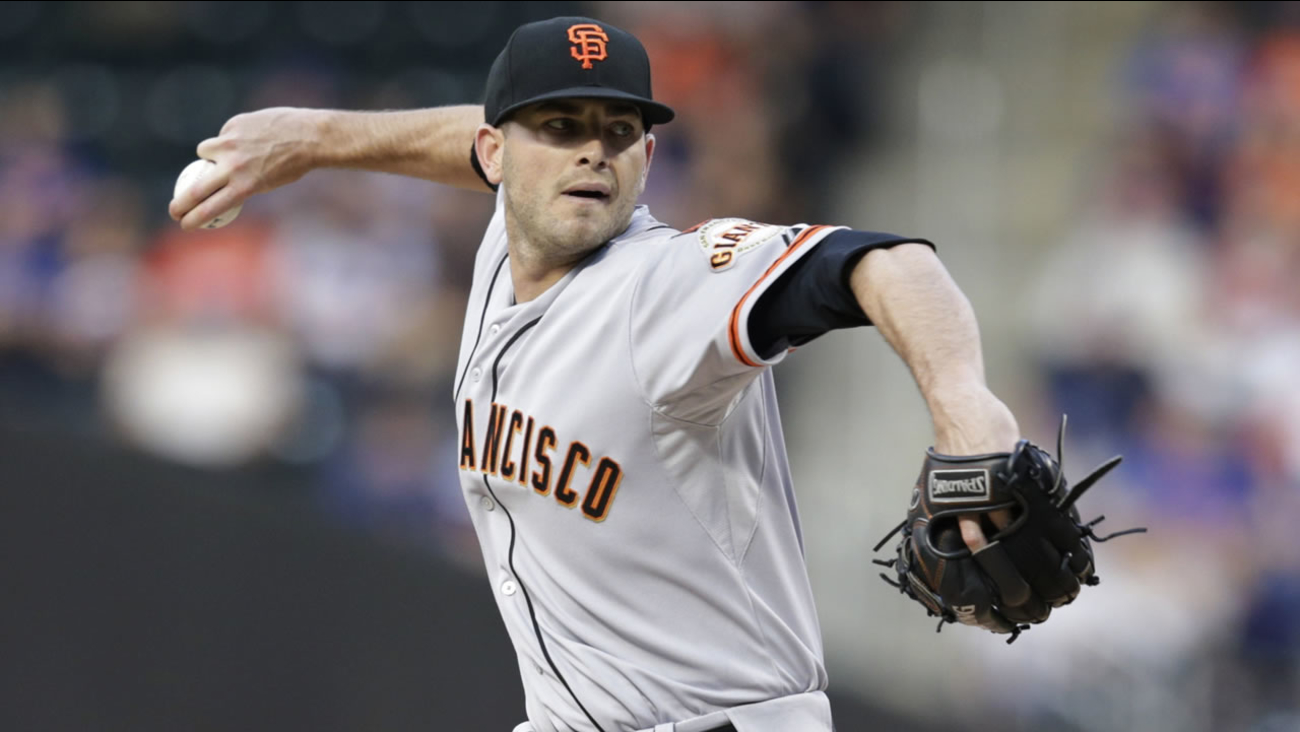 The 27-year-old rookie right-hander allowed just three baserunners, hitting Ruben Tejada and Lucas Duda with pitches in the fourth inning during a span of three pitches and plunking Anthony Recker leading off the ninth.

Heston (6-4) struck out 11, walked none and allowed just two balls into the outfield, flyouts by Wilmer Flores in the second inning and Michael Cuddyer in the seventh.

Brandon Crawford made a strong throw from deep at shortstop to get Eric Campbell for the final out of the eighth.

After throwing called third strikes in the ninth by pinch-hitter Danny Muno, Curtis Granderson and Tejada, Heston walked calmly off the mound toward home plate and was hugged by catcher Buster Posey.