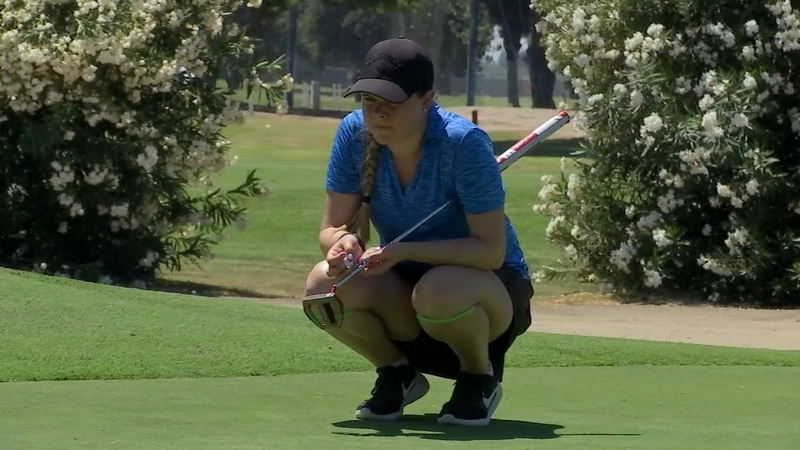 FRESNO, Calif. (KFSN) -- "Super competitive is the way I would describe here, and you saw it right from the get-go as a freshman," says coach Andres Reyes.

Makayla Goforth was tabbed Central High School's Rookie of the Year her freshman season. Playing golf is a Goforth family tradition passed on from each generation.

"My dad got me into golf eight years ago and his dad got him into golf," she said. "So I started in the Fresno First Tee Program and I slowly worked my way up, and now I'm playing golf in college."

"There were glimpses that she could be good," Reyes said. "She had that desire for it, she'd get real fired up. Sometimes it was bad because sometimes that's not always good in golf, but you knew that she wanted to be good. She wanted to get better."

Makayla was a four-year varsity player, qualifying for the Individual Valley Finals each season. She set a school record, becoming the first-ever Grizzly to qualify twice for the Southern Sectional California State Finals.

As her success in the sport grew over her four-year career, Coach Reyes and Makayla began practicing their celebrations during practice.

"It's funny," Reyes said. "Every once in a while, she would make a birdie and do the first pump and then look at me like, 'Oh, there it was, coach.'"

Makayla was the only senior on Central's golf team this season and was named a two-time team MVP and captain.

When she wasn't on the course, she was hitting the books. She graduated with a 4.0 and earned the high honor roll.

Makayla signed to play at the College of Idaho in February.

"Better weather, the coach is very nice," she said. "I'm happy to play golf and start the next chapter of my life."

The golfer will be majoring in Elementary Education. She wants to become a kindergarten teacher.