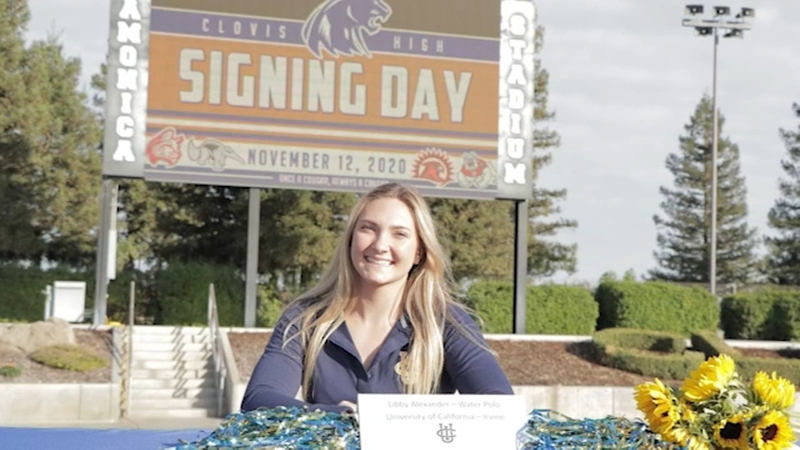 A two-time MVP and three-time regional champion, Libby made a name for herself on the Cougars' roster, just like her brother.

"I've always looked up to my brother, he is like my idol," she said. "He sets the standard for everything."

Nick Alexander went from Clovis High to play at UC San Diego but came back to coach the girl's water polo team at Buchanan, causing some waves.

"It is a weird dynamic trying to coach my own athletes against my own sister, but the rivalry was there from the first to last whistle," he said.

It's now a "rivalry" their father, Darl is proud of, even if he is a Clovis West alum.

"They're way beyond where I thought I would end," he said. "They beat that, so to be a slither of that, it just makes me very proud."

Libby commited to play next year at UC Irvine and play for a coach that her dad also coached.