The Grade Fire has burned 100 acres off of Boyd Drive and Road 168 just east of Orosi.
KFSN 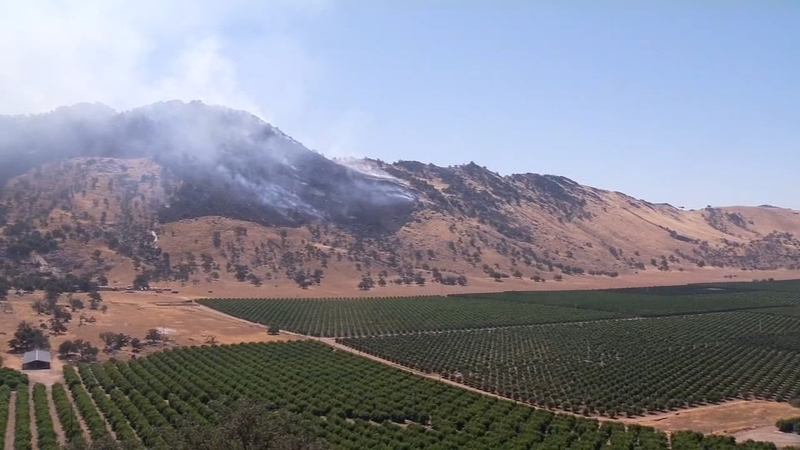 FRESNO, Calif. (KFSN) -- There's a new fire in the foothills east of Orosi.

The Grade Fire broke out on Monday morning.

It's in rough, rural terrain, so CAL FIRE is using its air resources to attack it from above.

#GradeFire off Boyd Dr and Rd 168, east of Orosi in Tulare county is 1100 acres and 50% contained. pic.twitter.com/mFoajtzcun

"It's basically going to slow the progression of the fire down," Cal Fire Public Information Officer Toni Davis said. "Not necessarily stop it, but it will slow it down long enough for our crews to hike up there and start putting in line and maybe some of our dozers if it's not too rocky. But it's very rocky and very steep."

The steep terrain has also been a challenge for firefighters assigned to the Fork Fire, in Three Rivers, and the Springs Fire, in California Hot Springs.

But firefighters in the South Valley know peak fire season is only just beginning.

It's getting hotter, and conditions are very dry.

That's why CAL FIRE is asking the public to do their part to prevent fires.

"Do not pull over if there's tall grass nearby," Davis said. "If there are signs saying no campfires, don't burn in a campfire. It's just too volatile."