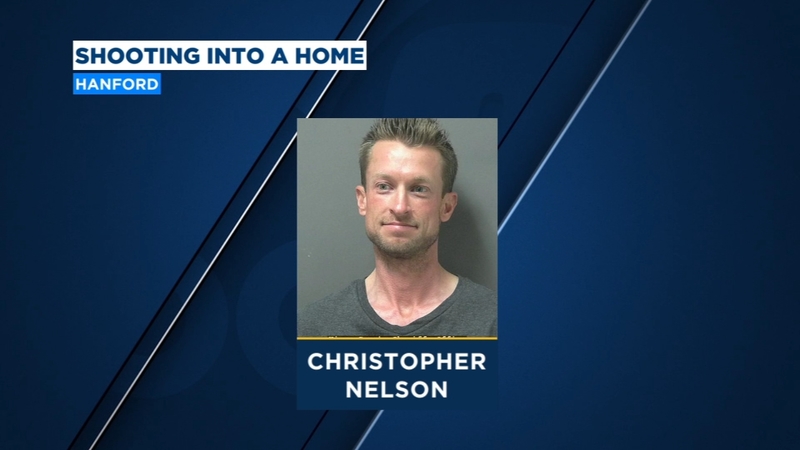 FRESNO, Calif. (KFSN) -- A 42-year-old man was arrested after he fired 27 shots at his neighbor's house in Hanford on Wednesday, police say.

Hanford police officers were called to a house on Elm Court off East Florinda Street around 9:50 a.m.

The man living in the home said someone had shot into his bedroom window.

Investigators say the shots came from 42-year-old Christopher Nelson's house, who lives behind the victim on Van Court.

Police say Nelson first fired twice at the victim's house from outside. He then shot 25 more rounds from inside his house through a bedroom window and living room wall.

Nelson's 12-year-old child was inside his home at the time of the shooting, officials added.