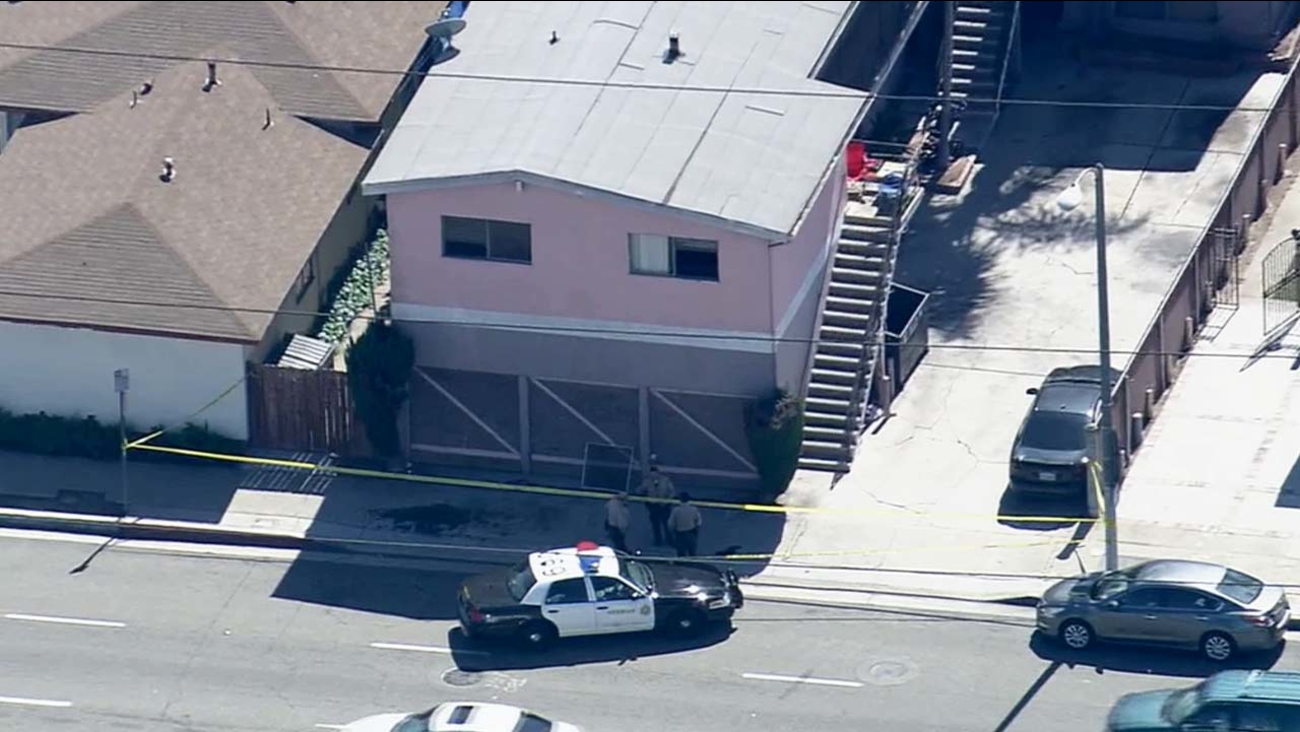 Two toddlers were rushed to the hospital after falling from a second-story window in unincorporated Hawthorne on Tuesday, Oct. 7, 2014.

HAWTHORNE, Calif. -- Two-year-old twin boys fell from a second-story window in an unincorporated area of Hawthorne on Tuesday.

According to the Los Angeles Sheriff's Department, the incident occurred shortly before noon near South Oceangate Avenue and West El Segundo Boulevard. The brothers were transported to an area hospital with injuries. Los Angeles County fire officials said one child was listed in critical and the other in moderate.

Officials said the brothers' beds appeared to be close to the window, and they may have climbed through the blinds.

Authorities said the Special Victims Bureau and the Department of Children Services were alerted to the incident.